Prakash Javadekar takes over as Minister of Heavy Industries

Prakash Javadekar said that I have been temporarily given the charge of the department and soon some full-time arrangement will be made. Javadekar has taken over the charge of the ministry as Shiv Sena leader Arvind Sawant resigned from the post earlier this week. 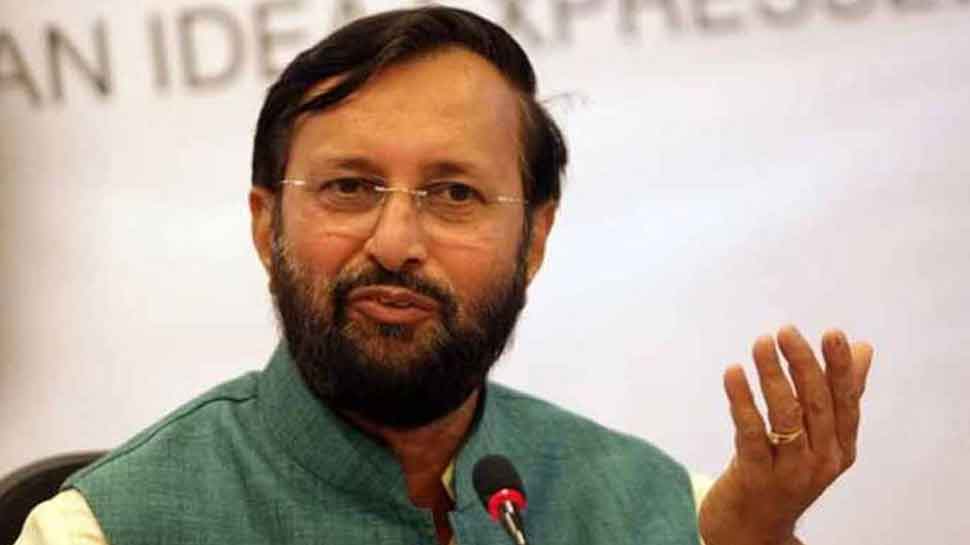 New Delhi: Minister of Information and Broadcasting Prakash Javadekar took the charge of the Ministry of Heavy Industries and Public Enterprises, on Wednesday. Javadekar has taken over the charge of the ministry as Shiv Sena leader Arvind Sawant resigned from the post earlier this week.

Arvind Sawant resigned from the post due to the current tussle between BJP and Shiv Sena over the government formation in Maharashtra.

On taking charge of the new ministry, Javadekar said, "I am temporarily handling the department, a full-time arrangement will be made soon." Prakash Javadekar is currently holding the Ministry of Environment, Forest and Climate Change.

Addressing the media, Javedkar also commented on the Delhi pollution matter and said, "The pollution level in Delhi is fluctuating. The central government has made a lot of effort to deal with the situation."

"We have put a ban on burning of waste in the national capital due to which the rise in pollution level is controlled," he added.

Speaking about stubble burning, he said, "It is one of the major causes of rising pollution in Delhi" while assuring that till next year, the problem of stubble burning will be controlled as the government is working towards adoption of new technology to deal with the problem.

"Due to stubble burning, the AQI in Delhi keeps on fluctuating. We are trying to control the industrial pollution as well," he added.

He further said that the people of Delhi have faced a lot of problem due to pollution. The problem can only be cured when all the five states come together and bring out a solution to it. "There is no point in accusing each other in the matter of pollution, rather, we need to come together and work towards it," he added.

JNU rolls back hostel fee hike after massive protest, says 'time to get back to classes'