Advocate Prashant Bhushan Thursday admitted before the Supreme Court that he made a "genuine mistake" by tweeting that the government had perhaps submitted fabricated minutes of a meeting of the high-powered selection committee on appointment of M Nageswara Rao as an interim CBI director. 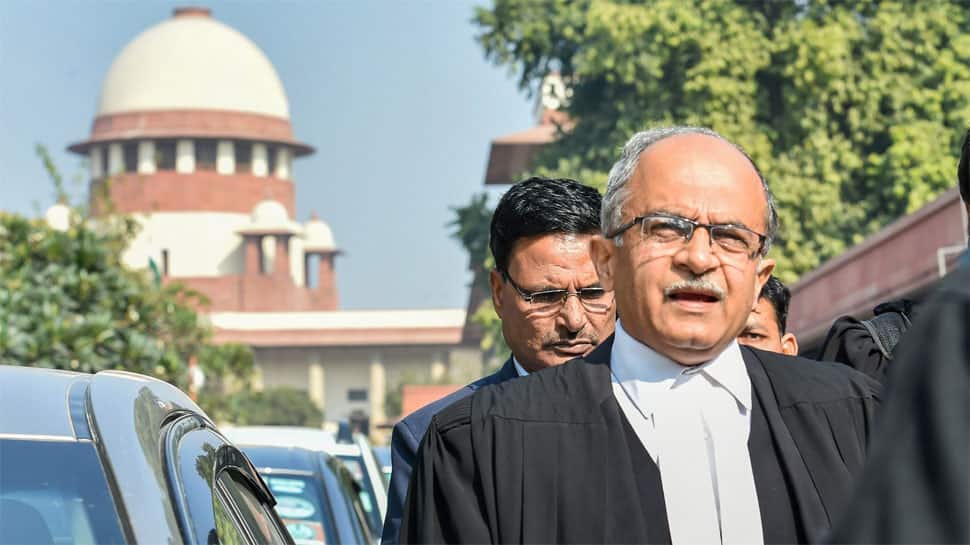 New Delhi: Advocate Prashant Bhushan Thursday admitted before the Supreme Court that he made a "genuine mistake" by tweeting that the government had perhaps submitted fabricated minutes of a meeting of the high-powered selection committee on appointment of M Nageswara Rao as an interim CBI director.

Attorney General K K Venugopal told a bench comprising justices Arun Mishra and Navin Sinha that in view of Bhushan's statement, he would like to withdraw his contempt plea filed against the noted lawyer.

However, Bhushan filed an application in the court seeking recusal of Justice Arun Mishra from hearing the contempt petition filed by Venugopal.

Bhushan also refused to tender an unconditional apology before the bench for seeking Justice Mishra's recusal.

Venugopal told the court that he stood by his earlier statement that he did not want any punishment for Bhushan in the matter.

The bench, however, said it would consider the larger issue of whether a person can criticise the court in a sub- judice matter to influence public opinion.

The bench posted the matter for further hearing on April 3.

The top court had earlier said that it would examine if a person can criticise the court in a sub-judice matter to influence the public opinion which may interfere with the course of justice and added that now-a-days it has become a trend for the lawyers appearing in a sub-judice matter to make statements in the media and participate in TV debates.

It had said the court is not averse to media reporting of cases but lawyers appearing in sub-judice matters should restrain themselves from making public statements.

Bhushan had said in his tweets that government appeared to have misled the top court and perhaps submitted fabricated minutes of meeting of the high-powered selection committee headed by Prime Minister Narendra Modi.

The court had issued notice to Bhushan and sought his reply on the contempt plea within three weeks.

The Centre has also filed a separate contempt plea against Bhushan for his February 1 tweets.

Venugopal had earlier pointed out in the apex court that when the matter challenging the appointment of Rao was pending, Bhushan had gone public and made a statement that the government has allegedly misled the court by producing a fabricated document.

Ten social activists, including Aruna Roy, Arundhati Roy and Shailesh Gandhi, have also come out in support of Bhushan in the apex court, contending that the contempt proceedings initiated against him appeared to be an assault on freedom of speech and expression.

Besides, a separate application has also been filed in the top court by five senior journalists, including former Union minister Arun Shourie, seeking to intervene in the case.

Ordinance on 200-point roster system for reservation in faculty approved