The Janata Dal (United) on Wednesday (January 29) expelled Prashant Kishor and Pavan Varma from the primary membership of the party for "anti-party activities". 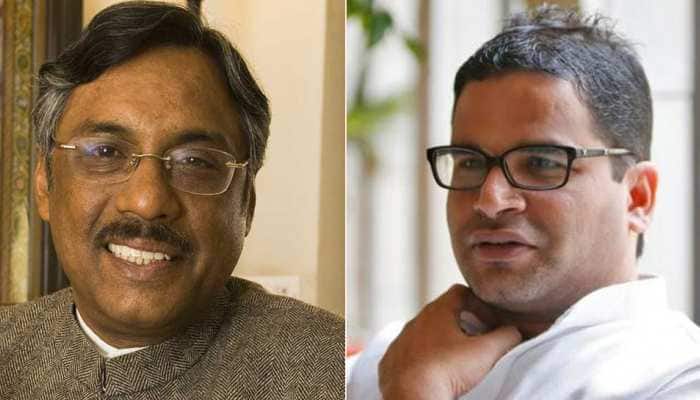 Bihar Chief Minister Nitish Kumar-led JD(U) decided to expel both the leaders a day after Kishor called Nitish Kumar a 'liar' for claiming that former was made the JD(U) vice-president at the direction of BJP leader Amit Shah. Kishor had tweeted on Monday dismissing Kumar's as "fake". Notably, both Kishor and Varma have been criticising the Bihar CM over the party's decision to support the Citizenship Amendment Act (CAA).

On Tuesday (January 28), Nitish Kumar tried to distance himself from the anti-CAA stand taken by Prashant Kishor , saying that people can leave the party if they want.

"Someone is tweeting, let him tweet. What do I have to do with that? One can stay in the JDU till one wants...one can also leave if one wants," Kumar said without taking Kishor's name.

"Already he works as a strategist for various parties, but I'm making one thing clear, if he wants to remain in the party he will have to adopt the basic structure of the party," Kumar had warned.

Kishor responded to Nitish Kumar's claim by saying that the Bihar CM was lying about why he joined JDU. "Nitish Kumar what a fall for you to lie about how and why you made me join JDU. Poor attempt on your part to try and make my colour same as yours!," he had tweeted on Tuesday.

"And if you are telling the truth who would believe that you still have the courage not to listen to someone recommended by Amit Shah?" he added.

.@NitishKumar what a fall for you to lie about how and why you made me join JDU!! Poor attempt on your part to try and make my colour same as yours!

And if you are telling the truth who would believe that you still have courage not to listen to someone recommended by @AmitShah?

It may be recalled that on January 24, Nitish Kumar had slammed Pavan Varma over a letter written by him to Kumar raising questions over JDU's alliance with BJP in Delhi Assembly elections. The Bihar CM had said that Varma was free to join any party he liked.

Beating Retreat will be held today: All you need to know