The ongoing protests leading to violence was triggered against the recommendations to grant permanent resident certificates (PRC) to six communities, according to news agency PTI. 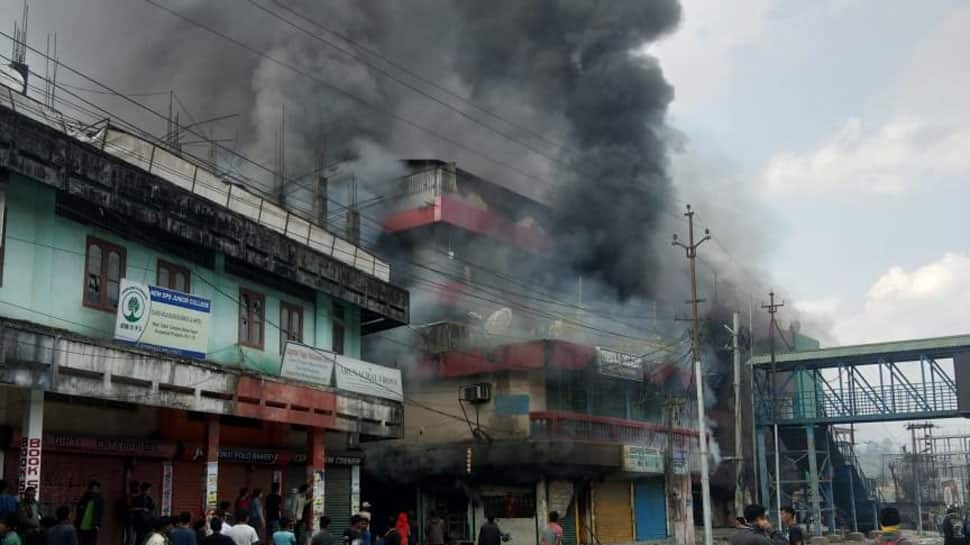 The ongoing protests leading to violence was triggered against the recommendations to grant permanent resident certificates (PRC) to six communities, according to news agency PTI.

Six companies of Indo-Tibetan Border Police (ITBP) have been deployed in Itanagar to restore law and order situation.

A large number of people marched through the streets in Itanagar damaging public property and vehicles after a person who was injured in police firing on Friday succumbed to injuries at a hospital, PTI reported quoting the police. They also set on fire a large number of vehicles parked in the compound of the DC's office. The protesters also attacked the Itanagar Police station and several public properties in the state capital, the police said.

The agitators also blocked the road leading to the Naharlagun railway station, as a result, many passengers, including patients, were held up at the station since Sunday morning. An indefinite curfew was clamped in Itanagar and Naharlagun on Saturday as protesters resorted to stone pelting in which 35 people, including 24 police personnel, were injured.

All markets, petrol pumps and shops were closed and most of the ATMs in the state capital were out of cash, police said. Over 60 vehicles, including many police vehicles, were set ablaze and over 150 vehicles were damaged by the protesters since Friday, they said.

On Saturday, the agitators damaged the stage of the Itanagar International Film Festival at the Indira Gandhi Park here. The organisers later called off the film festival.

The Joint High Power Committee (JHPC), after holding parleys with the stakeholders, recommended granting permanent resident certificates (PRC) to six communities, who are not natives of Arunachal Pradesh but has been living in Namsai and Changlang districts for decades. The proposals evoked resentment among several community-based groups and students' organisations, who claimed that the rights and the interests of indigenous people will be compromised if the state government accepts them.

The recommendation of the JHPC was supposed to be tabled in the Assembly on Saturday but was not tabled as the Speaker adjourned the House sine die.

On Saturday, Union Home Minister Rajnath Singh appealed to the people of Arunachal Pradesh to remain calm and maintain peace. He also spoke to Arunachal Pradesh Chief Minister Pema Khandu, who briefed him about the prevailing situation in the border state.