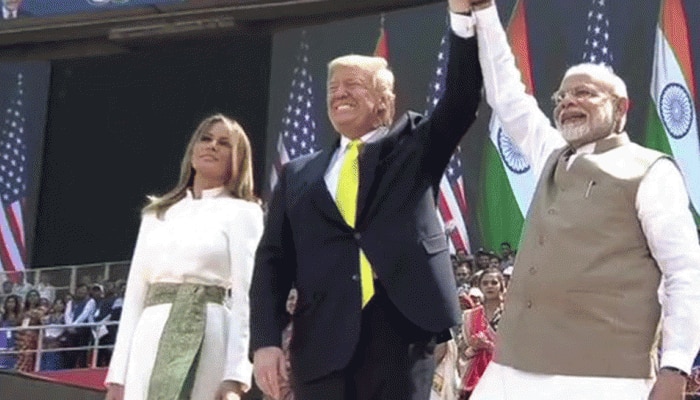 New Delhi: Traffic in some parts of the national capital on Tuesday (February 25) will be affected in view of US President Donald Trump`s visit. A traffic advisory from Delhi Traffic Police said, "From forenoon till around 4 pm on 25th February, the traffic is likely to remain heavy in Moti Bagh, Chanakyapuri, India Gate, and areas around ITO, Delhi Gate and the adjoining areas of Central and New Delhi."

On Tuesday morning, Trump will first receive a ceremonial welcome at the Rashtrapati Bhavan at 10 am as per the protocol. From there, he will go to the Rajghat to pay homage at the samadhi of Mahatma Gandhi.

This will be followed by both, restricted, and delegation-level talks between Trump and Modi at the Hyderabad House in the afternoon. The talks would be followed by the exchange of agreements and Memoranda of Understanding (MoU) between the two countries.

Trump will also attend a short programme at the US Embassy and meet Vice President M Venkaiah Naidu and External Affairs Minister S Jaishankar at the Hyderabad House in the evening.

The US President will also meet President Ram Nath Kovind at the Rashtrapati Bhavan before leaving for the United States by his special flight at 10 tonight.

Earlier on Monday, President Trump along with his accompanying delegation reached ITC Maurya Hotel in the evening after completing his Day-1 of India visit.

The US President, who is currently on a two-day maiden visit to India, addressed around one lakh people at Motera Stadium in Ahmedabad on Monday upon his arrival during the `Namaste Trump` mega-event that was set on the lines of `Howdy Modi` programme attended by Prime Minister Narendra Modi in Houston last September.

Trump, along with his wife Melania, arrived in the national capital after completing their engagements in Ahmedabad and taking a family trip to the Taj Mahal in Agra.