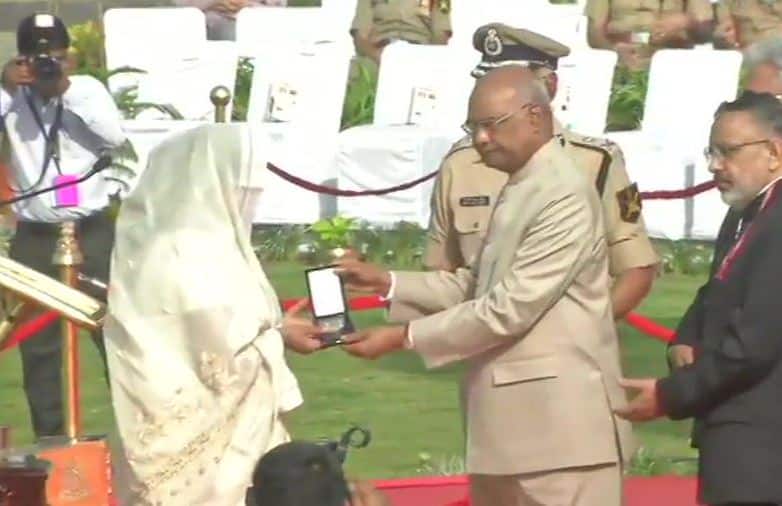 Delhi: President Ram Nath Kovind pays tribute at National Police Memorial on the occasion of CRPF Valour Day 2019; President presents medals to families of jawans killed in line of duty, including the 40 CRPF jawans who lost their lives in the Feb 14 Pulwama terror attack pic.twitter.com/kW5vJlqwsE

The app will show the financial benefit provided to the families of martyrs and the app will also be used to provide other kind of help to martyrs' families.

This was President Kovind's first visit to the memorial located in Chanakyapuri area of New Delhi. The president was accorded a "national salute" and presented a guard of honour by a joint column of troops from all the Central Armed Police Forces (CAPFs) such as the CRPF, BSF, ITBP, CISF and SSB.

CRPF Valour Day is celebrated to remember a gallant fightback mounted in 1965 by the CRPF personnel at the Sardar post in Gujarat's Rann of Kutch.

The National Police Memorial was unveiled by Prime Minister Narendra Modi on October 21 last year. The 30-foot-tall structure was unveiled on the occasion of the police commemoration day.

It may be recalled that Bollywood star Akshay Kumar had launched an app named 'Bharat Ke Veer' for helping families of martyred central paramilitary forces in 2017. The App and website was launched by Union Home Minister Rajnath Singh.