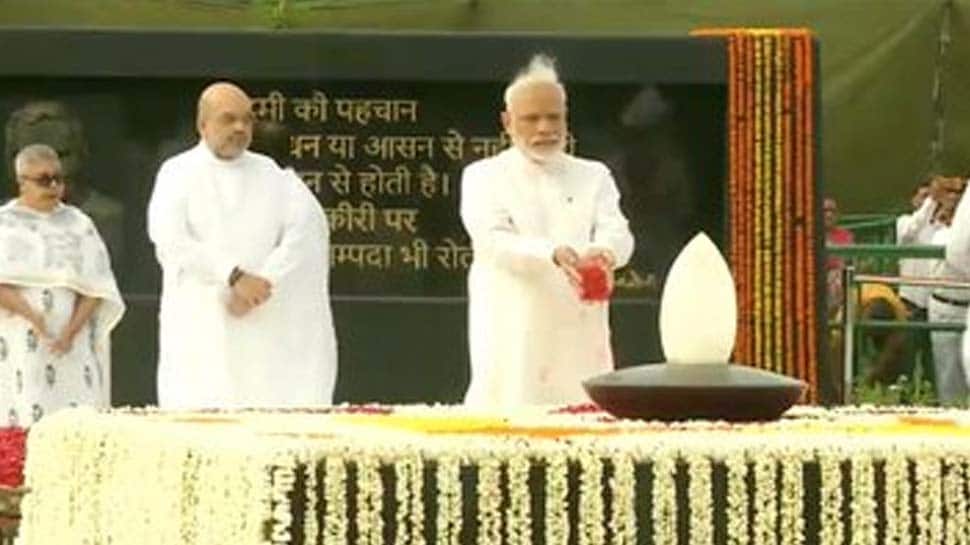 The decision was taken by Home Minister Amit Shah and communicated to the party`s working president JP Nadda. According to ANI, the top brass wanted the death anniversary, as one where `every member of BJP family` would remember the tallest leader of the party.

"For this, we will ask every leader, post holder and state unit to ensure tributes to be paid to Vajpayee ji in every district. Leaders need to ensure that it must be done keeping in mind the stature of the leader to whom we will pay tribute," a senior leader of the party had claimed that many BJP cadres independently were organizing tributes for the leader and this included cultural evenings to remember Vajpayee.

The iconic leader of the BJP died on August 16, 2018, at the age of 93. His ashes were immersed on August 23 in Lucknow, which Vajpayee represented in the Lok Sabha for five consecutive terms. Vajpayee's ashes were brought to Lucknow, with which the former PM had a special bond, by the then Union Home Minister Rajnath Singh.

Vajpayee, who led the National Democratic Alliance government from 1998-2004, was the first-ever leader from the BJP to have become the nation`s Prime Minister. He served as Prime Minister thrice -- briefly in 1996, and then for two terms between 1998 and 2004. His birthday, which falls on December 25, is celebrated as `Good Governance Day` by the party. He was decorated with the Bharat Ratna in 2014.