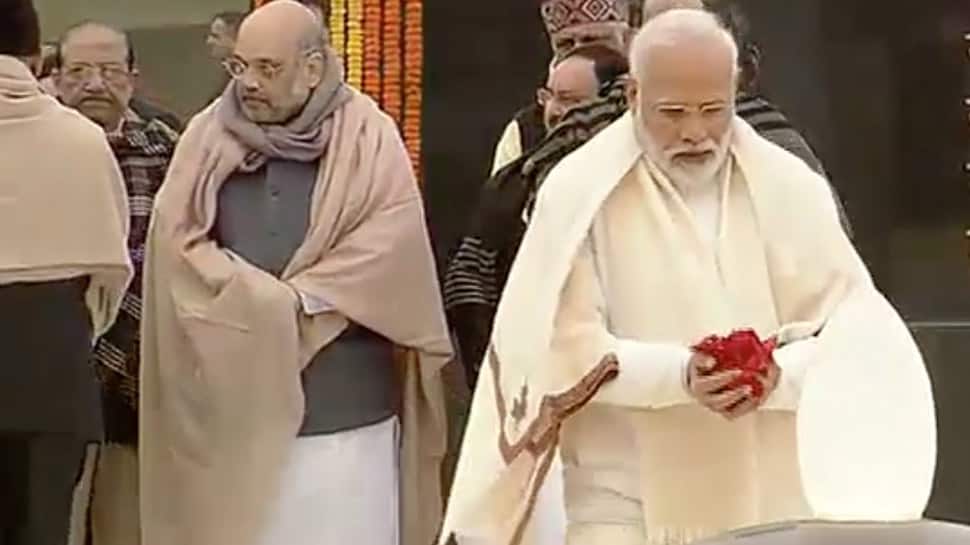 Vajpayee, who was one of the tallest leaders and co-founder of the BJP, died on August 16, 2018 at the All India Institute of Medical Sciences (AIIMS) following a prolonged illness. He was 93.

Vajpayee's adopted daughter Namita Kaul Bhattacharya and granddaughter Niharika were also present at ‘Sadaiv Atal’ to pay their tribute. Vajpayee led the National Democratic Alliance government from 1998-2004 and was the first BJP leader to become the Prime Minister of India.

Earlier on Wednesday, PM Modi tweeted that Vajpayee will remain in the hearts of Indian citizens. "The citizens of this country give their tribute to former prime minister Atal Bihari Vajpayee, who is in their hearts, on his birth anniversary," said PM Modi.

Vajpayee was conferred India's highest civilian honour Bharat Ratna by the then President Pranab Mukherjee in 2015. His birthday on December 25 is marked as Good Governance Day.

Vajpayee was born on December 25, 1924 in Gwalior, Madhya Pradesh. He joined politics at the age of 18 when Quit India Movement was launched in 1942. Between 1957 and 2009, he was elected to Parliament 10 times, and as Minister for External Affairs in the Janata Party government, he showed his mettle as an orator and administrator par excellence. After becoming prime minister, he had to face several hurdles, but he managed to implement several development programmes that strengthened the country's economy.