President Kovind to visit Iceland, Switzerland and Slovenia with focus on climate change

President Ram Nath Kovind will be on a three-nation visit to Iceland, Switzerland, and Slovenia from 9th to 17th September during which the focus will be on climate change and growing engagement with Europe. 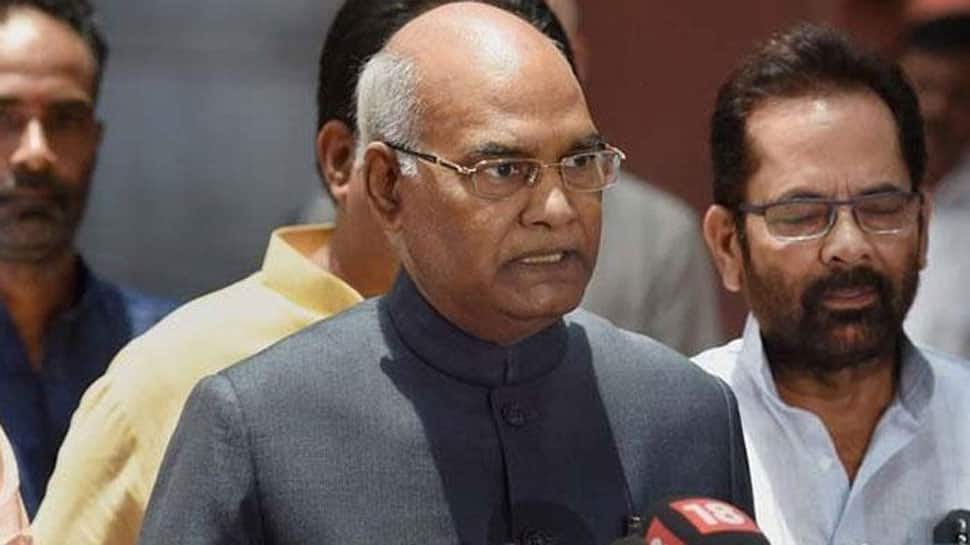 New Delhi: President Ram Nath Kovind will be on a three-nation visit to Iceland, Switzerland, and Slovenia from 9th to 17th September during which the focus will be on climate change and growing engagement with Europe.

Deputy Press Secretary to the President, Dr Nimish Rustagi said, "President looks forward to having engagement with his counterparts and also engaging with the business community and students of these countries."

While he will be meeting top leadership in all the three countries, he will also be engaging with students at universities of these countries and business leadership.

Asked if Kashmir will be discussed during the meetings with political leadership, Secretary West Gitesh Sarma in Ministry of External Affairs said, "When leaders meet, there is a structure in which regional, international, global multilateral issues of national concerns are discussed..we use this opportunity to brief each other. This is a very good setting to hear at the highest level what are perspective is."

On terror, "All three countries are very sympathetic to India, and this year in the context of Pulwama attack, their sympathies have been with India.. they are aware that there is a need to work closely with India," President said.

His first leg of the visit will be to Iceland, where the focus will be on jointly dealing with climate change. He will deliver a lecture at the University of Iceland in the capital in Reykjaví on "India Iceland partnership, towards making a greener planet". 80 per cent of Iceland works on geothermal, which can help India in its renewable energy programme.

The visit to Iceland is significant given the fact that it is the chair of the arctic council and involved in Arctic Circle Cooperation. New Delhi is an observer at arctic council and is keen on increasing its engagement with that part of the world. The will be the first time president visits a nordic country

This will be followed by a visit to Switzerland from September 11 to 15. He will unveil a bust of the father of nation Mahatma Gandhi in Villeneuve, a place he had visited in 1931. He will also address the University of Bern on the topic 'India Switzerland, new age partnership, connecting Himalayas with alps'.

On the black money front, both countries started the automatic exchange of financial account information with India started receiving information from Sept 1st in respect of all financial accounts held by Indian residents in Switzerland. President will visit Slovenia from September 15 to 17.

Interestingly, Bollywood is keen to tap the scenic beauty of these countries. While Switzerland is a well known as a location to shoot Bollywood movies, Shah Rukh Khan-lead movie Dilwale's song Gerua was shot in the south coast of Iceland.

This is for the 11th time president of India will go abroad after taking charge and the 2nd foreign visit in his 3rd year.

President has been on a state visit to 23 countries in the 11 visits he had and after this visit, the number will go upto 26. Other European countries he has visited are Cyprus, Bulgaria, Czech Republic and Croatia.