President Ram Nath Kovind addressed the joint sitting of Parliament at the start of the Budget Session on Thursday. 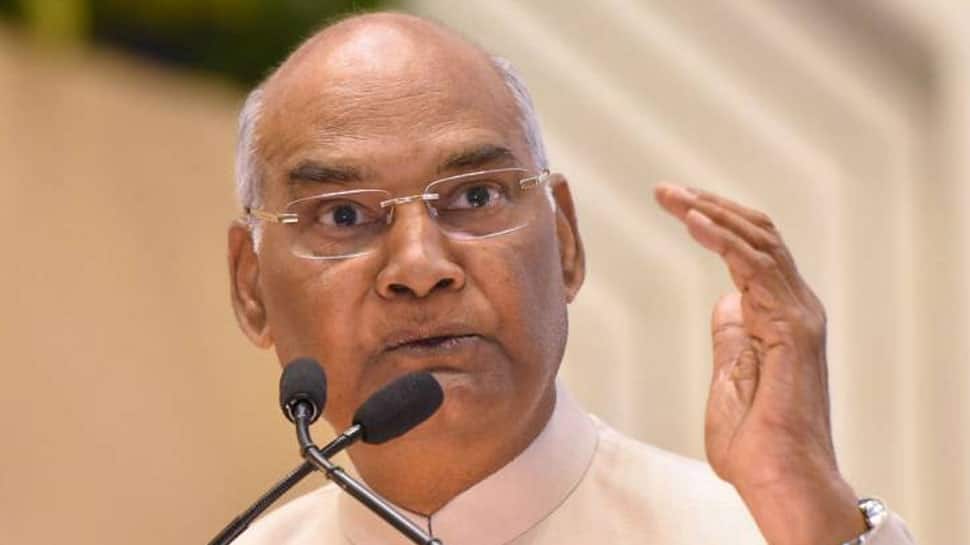 It is to be noted that the Narendra Modi-led BJP government at the Centre has been facing attack from the Opposition over the multi-crore Rafale fighter aircraft deal with France.

Addressing the joint sitting of Parliament at the start of the Budget Session, President Kovind said neglecting the country's defence needs, even for a moment, will prove detrimental to the present and future of the country.

He said the new agreements relating to the defence sector signed last year, the purchase of new defence equipment and indigenous production under the 'Make in India' initiative have all helped in boosting the morale of defence forces and in increasing the country's military self-reliance.

"After a gap of many decades, the Indian Air Force is preparing to welcome, in the coming months, its new generation ultra-modern fighter aircraft Rafale and strengthen its strike capability," he said.

The Congress and other opposition parties have been attacking the government over the Rafale deal, alleging corruption and accusing Prime Minister Narendra Modi of favouritism. The government has denied the allegations.

The President also referred to the 2016 'surgical strikes' carried out on terror launch pads across the border and said, "Through the surgical strike on cross border terror posts, India has shown its new policy and strategy."

Noting that India has been a staunch supporter of friendly ties with all countries, the President said there is need to constantly strengthen the country's capabilities to tackle any challenges.

He also said that India last year joined the handful of countries that possess the Nuclear Triad capability.

Congratulating the country's security forces which are constantly striving to strengthen India's internal security, he said their concerted efforts have played a crucial role in reducing terrorism and violence.

In the last few years, a record number of youngsters in the Maoist areas have come forward to join the mainstream, he noted.

"Our defence forces and their morale symbolise the prowess of India of the 21st century. Not only has my Government fulfilled the demand for 'One Rank One Pension' that had been pending for four decades, but it has also disbursed arrears amounting to more than Rs 10,700 crore to 20 lakh ex-servicemen," he said.

The President said the Police Memorial, which was dedicated to the nation last year, seeks to honour their sacrifice and also preserves the memories of their sacrifice for future generations.

He also noted that due to his Government's diplomatic success, India's voice is heard with respect in the international fora.

"My Government has not only enhanced the credibility and prestige of the passports held by the Indian diaspora but has also stood by them in their hour of need. During the last four years, more than 2 Lakh 26 thousand Indians stranded abroad have been rescued and brought back to the country," he said.