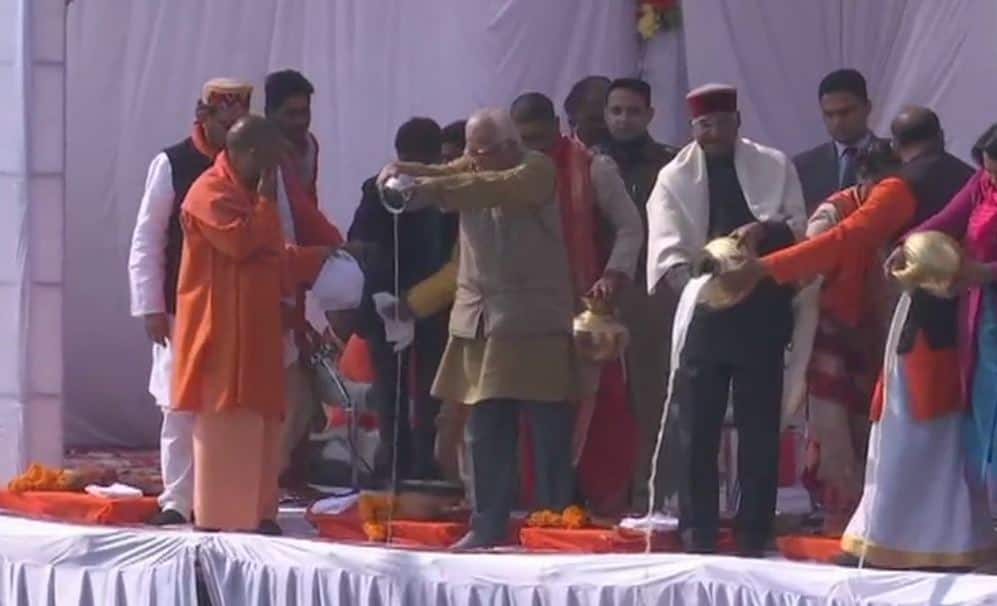 After offering the prayer, President Kovind left for Arail with CM Yogi and Governor Ram Naik.

A press release issued by Press and Information Bureau said that the President is scheduled to inaugurate a two-day Gandhian Resurgence Summit at the camp of Parmarth Niketan Ashram at Arail side of Mela.

Meanwhile, ash-smeared and dreadlocked Naga sadhus are grabbing a lot of attention at Kumbh Mela this year too. The organisers said that Kumbh Mela is one of the best opportunities to see Naga sadhus, who are reclusive by nature. "It is a confluence of all Naga sadhus at the meeting point of these holy rivers," Anandnad Saraswati, a Naga sadhu from Mathura, was quoted as saying by Reuters.

"They meet each other, they interact with each other and they meditate and pray here at the holy confluence. They give their message to the people and they transform people," he added. The Nagas live in makeshift monasteries called Akhara during the eight-week Kumbh.