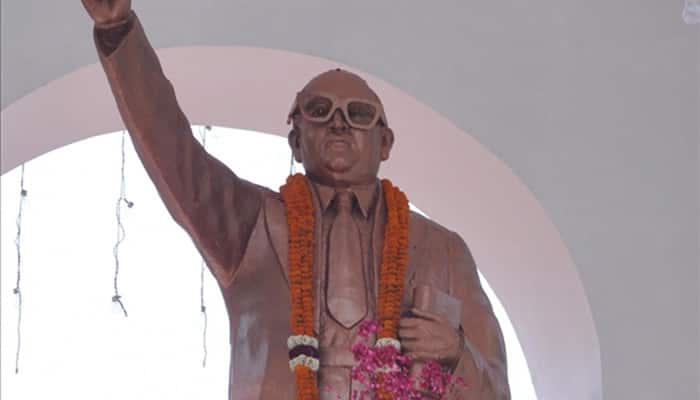 President Ram Nath Kovind on Sunday paid homage to Dr Bhim Rao Ambedkar on his 128th birth anniversary. Calling Ambedkar an icon of India and chief architect of the Constitution, President Kovind remarked that he waged a life-long struggle for a modern India free of caste and other prejudices. He added that Ambedkar worked throughout his life to ensure equal rights for women and weaker sections.

President Kovind: Homage to Dr B.R. Ambedkar on his birth anniversary. An icon of our nation, & Chief Architect of the Constitution, Dr Ambedkar waged a life-long struggle for a modern India free of caste and other prejudices, ensuring equal rights for women and weaker sections. pic.twitter.com/mLWxB7huWS

In a video tribute on Twitter, Prime Minister Narendra Modi said "He (Ambedkar) is an inspiration to crores of people including me. It is not necessary for a person to born in a rich family. In India, a person born in a poor family can also dream of big things and can achieve them."

Union Minister Piyush Goyal also paid homage to Dr Ambedkar and said that he has contributed a lot for the upliftment of Dalits in India.

Lok Jan Shakti party leader Chirag Paswan paid rich tributes to Dr Ambedkar on his 128th birth anniversary and said that Dr Ambedkar was a leader, economist and social reformer. Paswan added that Dr Ambedkar devoted his life for the upliftment of women, workers and farmers and get their due.

Dr Ambedkar was born on April 14, 1891 in Mhow (now in Madhya Pradesh). The town is now known as Dr. Ambedkar Nagar. Dr Ambedkar was the 14th and the last child of his parents.

Dr Ambedkar has the highest number of statues in the world. His first statue was built in Kolhapur city in 1950. He is the only Indian whose statue is attached with Karl Marx in the London Museum. Dr Ambedkar's birth anniversary is celebrated in different parts of the world.

Dr Ambedkar passed away on December 6, 1956, in New Delhi. He was was posthumously conferred with Bharat Ratna, India's highest civilian award, in 1990.