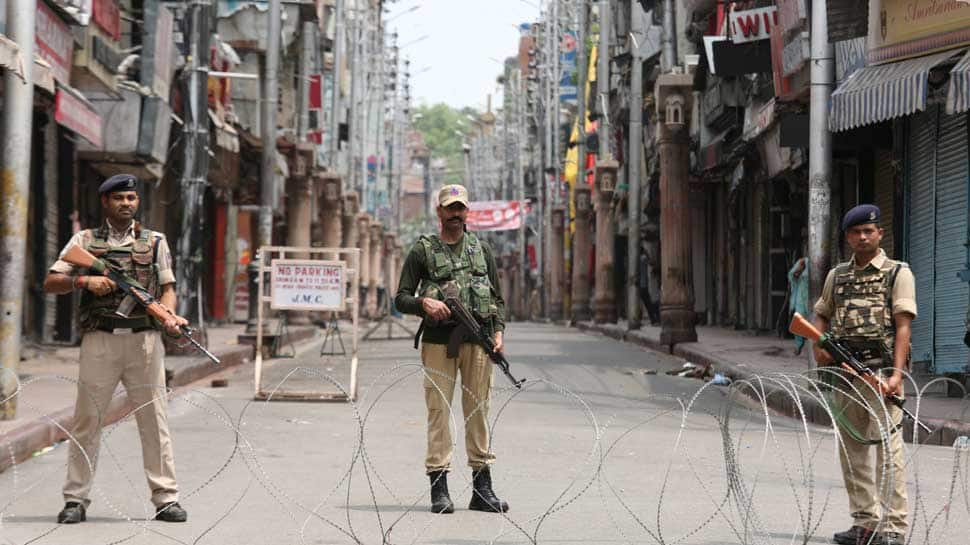 The Jammu and Kashmir Reorganisation Act, 2019 was passed by the Parliament in the recently concluded first session of the 17th Lok Sabha to bifurcate the state into two Union Territories - Jammu and Kashmir with an assembly and Ladakh without one.

Notwithstanding the controversy, the Bill was passed in the Parliament on Tuesday with the Lok Sabha giving its nod after a little over seven hours discussion.

The Bill was passed in the Rajya Sabha a day before.

In a related development, Section 144 was withdrawn from parts of Kashmir on Friday hours after mobile and internet services were suspended and restrictions were imposed on civilian movement.

Jammu district Deputy Magistrate Sushma Chauhan said that Section 144 (against the gathering of more than 4 people) has been withdrawn from Jammu Municipal limits. In an official statement, she also informed that all school and colleges will open from Saturday i.e August 10.

“The order No DCJ/PS/2019/376-407 dated 05-08-2019 issued under Section 144 CrPC within Municipal Limits of Jammu District is hereby withdrawn. Further, all the schools, colleges and academic institutions closed may resume their functioning from 10-08-2019 normally”, read an order from District Magistrate Sushma Chauhan.

Meanwhile, Additional Director General of Police (ADGP), Law and Order, Muneer Khan said that situation is normal in the Valley.

“In Jammu, the situation is normal. In Kashmir, everything is under control. All steps necessary to maintain law and order will be taken,” he added.

Earlier in the day, the J&K administration had eased restriction in movement of civilians and allowed them to offer Friday prayers in local mosques. Schools and colleges were also reopened in Kathua, Udhampur and Samba districts today.

Officials said that the decision on easing of restrictions comes after National Security Advisor Ajit Doval directed authorities to ensure that no Kashmiris were harassed.

However, there was no Friday congregation at the historic Jama Masjid in Srinagar as the officials clarified that people will be allowed to offer prayers in mosques in their locality.

The clampdown in Kashmir was imposed on Monday, hours before the Centre revoked Article 370 of the Indian Constitution which grants special status to J&K.