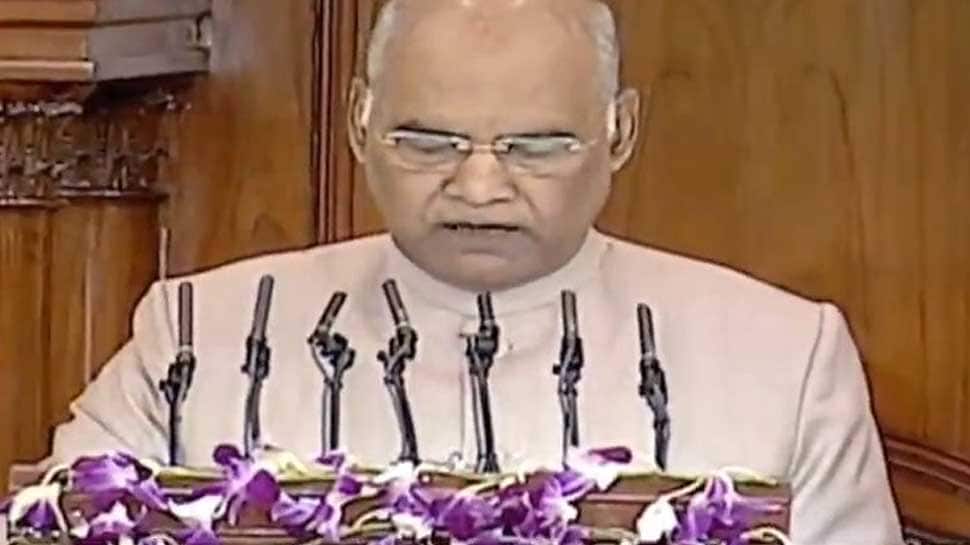 NEW DELHI: On the eve of the 73rd Independence Day, President of India Ram Nath Kovind will address the nation on Wednesday, August 14, 2019. The President's address will be broadcast on All India Radio (AIR) and national broadcaster Doordarshan.

The address will be aired in both, Hindi and English.

The broadcast of the President's address in Hindi and English on Doordarshan will be followed by broadcast in regional languages by regional channels of Doordarshan.

The President's address can also be heard on FM Gold, FM Rainbow, Rajdhani, Indraprastha channels and all other additional frequencies of the AIR.

It will also be relayed on the YouTube Channel of AIR News.

Meanwhile, multi-layered security has been put in place for the 73rd Independence Day celebration across the country.

The Delhi Police is using cameras equipped with facial recognition software for the first time to secure the Red Fort, where Prime Minister Narendra Modi will hoist the national flag on the 73rd Independence Day, officials said on Wednesday.

A multi-layered security arrangement, involving SWAT commandos and NSG snipers, is being put in place for the national capital in view of the Centre scrapping the constitutional provisions that gave Jammu and Kashmir a special status and tensions with Pakistan.