The Fit India Movement aims to make physical activities and sports a part of daily life of the people. 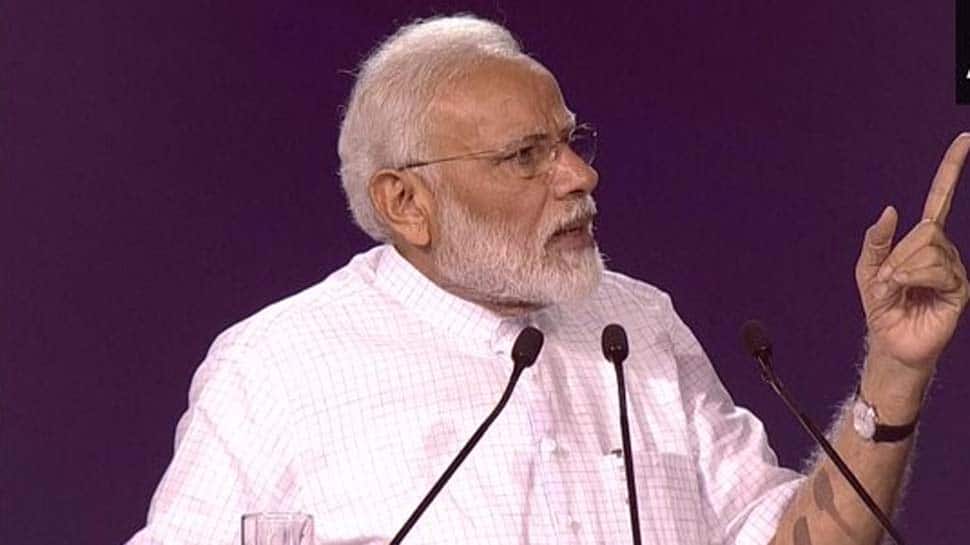 Speaking at the event, the Prime Minister said, "Sports has a direct relation with fitness. But today's Fit India Movement is more than that. Fitness is not just sports but an important part of our lives."

Taking a shot at people relying on technology such as fitness bands, mobiles fitness and diet apps etc, "How times have changed! People would cycle or walk often. Soon with technological advancements, physical activities went down. Today people have gadgets and technology to now tell us how many steps we've taken... But no one even tracks at these technologies properly."

"Diseases like Diabetes and Hypertension are increasing in India, nowadays we hear that a 12-15 year old child is Diabetic in our neighborhood. Earlier used to hear that the risk of heart attack increases after the age of 50-60, but now the youth of 35-40 years are having heart attack," he added.

The Prime Minister went on the present examples from across the world where fitness played a crucial role in national development.

Saluting hockey legend Major Dhyan Chand, whose birth anniversary is celebrated as the National Sports Day or Khel Diwas, the PM said, "On this day a great sportsperson was born, Major Dhyan Chand. He amazed the world with his fitness, stamina, and hockey stick."

He later met several sportsmen and celebrities including Bollywood personality Shilpa Shetty and cricketer-turned-politician Gautam Gambhir, at the event.

Addressing the gathering at the stadium, Rijiju said, "This is the first time a fitness movement is being launched with the participation of all the people, I want to thank all the people for this."

The Fit India Movement aims to make physical activities and sports a part of the daily life of the people.

During his latest Mann Ki Baat - a popular radio address by the PM – he had asked people to take part in ‘Fit India Movement’. “It will be an interesting campaign for all alike, women, children, young and old," PM Modi said.

The Fit India Movement will be managed by more than 11 ministries with the coordination of each other including Sports Ministry, HRD ministry, Panchayati Raj Ministry, Rural Development Ministry etc.

Top industrialists, sportspersons, actors and other celebrities have extended their support to the Fit India Movement and pledged to take part in it.