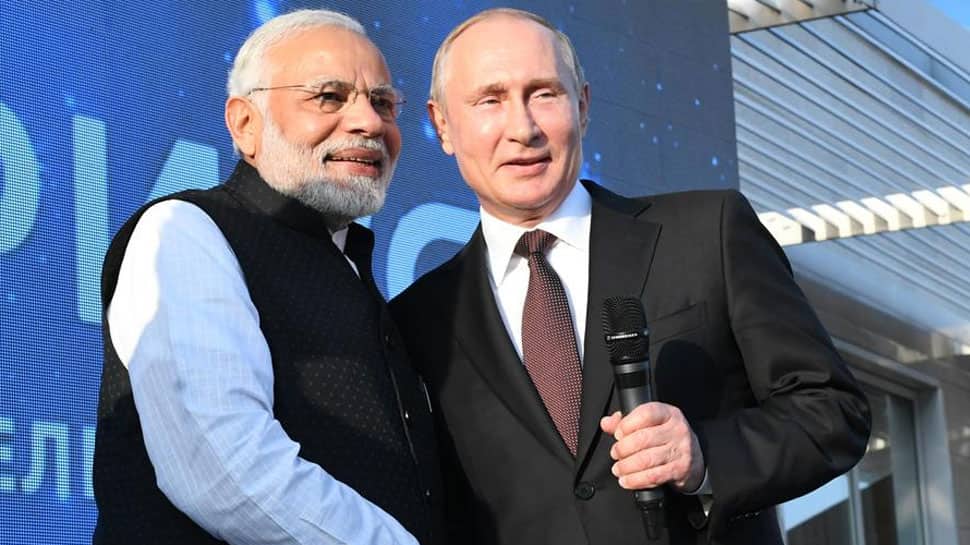 Prime Minister Narendra Modi on Wednesday arrived in Russia on a 36-hour visit to participate in the 20th India-Russia annual summit and the fifth meeting of the Eastern Economic Forum (EEF). PM Modi received a guard of honour at the Vladivostok International Airport in the presence of Russia`s Deputy Foreign Minister Igor Morgulov.

Foreign Secretary Vijay Gokhale had said that PM Modi is on a short visit to Russia only for just 36 hours. The prime minister will depart from Vladivostok on Thursday evening.

Here is the full schedule of PM Modi on Thursday (September 5):

2110 hrs - Emplane for Delhi from Vladivostok

Earlier on Wednesday, India and Russia signed several agreements on Wednesday in the presence of PM Modi and Russian President Vladimir Putin in Vladivostok, Russia. After signing the deals, PM Modi said that both India and Russia are against outside influence in the internal matters of any nation.

He also said that both the countries realise the importance of a multipolar world, adding that both the nations are working together on many global forums like BRICS and SCO. The prime minister said that a proposal has also been made to have a full-fledged maritime route that serves as a link between Chennai and Vladivostok.