Prime Minister Narendra Modi visits Gujarat as he turns 69: Here's how he is celebrating his birthday 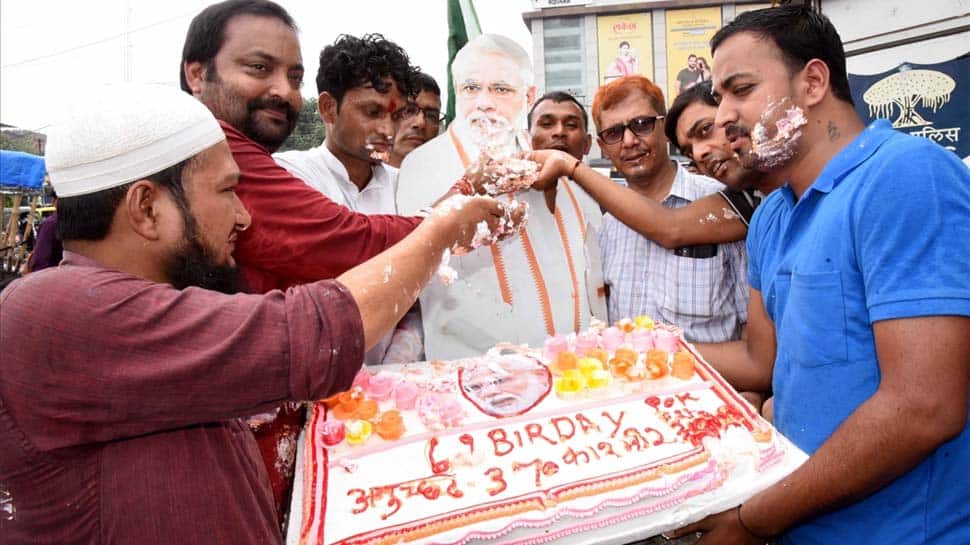 Ahmedabad: It's finally D-day – Prime Minister Narendra Modi has turned 69 on Tuesday (September 17). Our tireless Prime Minister has a jam-packed schedule on his special day in home state Gujarat.

PM Modi landed in Gujarat's Ahmedabad on Monday night. On Tuesday, he'll begin the day by taking blessings of his mother Heeraben Modi.

After this, the Prime Minister will reach Narmada River at around 8 am from the Gandhinagar Secretariat, where he'd participate in river aarti and in 'Namami Devi Narmade'  festival, which is being organised across the state to mark filling up of the Sardar Sarovar dam to its full capacity.

The Bharatiya Janata Party (BJP) is also celebrating 'Seva Saptah' or the service week – a seven-day long which began on September 14 to mark PM Modi's birthday.

Meanwhile, celebrations have begun all across the country. Leading personalities from different walks of life and the general public took to social media to wish the Prime Minister.

In Delhi, 'Seva' programmes have been organised across all districts. A special week-long Namo exhibition has been organized at India Gate where various aspects of PM Modi's life – from childhood to being the PM – will be on display. The exhibition will also present his political journey from Gujarat to Delhi.

“Prime Minister Narendra Modi has dedicated his entire life to the nation, so his birthday is celebrated as Seva Week,” said Manoj Tiwari, chief of BJP Delhi unit. “For the first time, the country is being led by such a personality who is also leading leading the world,” he added.

BJP Yuva Morcha Delhi honored PM Modi's historic and bold decision to abolish Article 370 and 35A – a step towards unity and integrity of India.