The Congress met on Saturday to prepare for the rally which is likely to be attended by all the opposition leaders. The rally will largely focus on economic slowdown and rising unemployment. 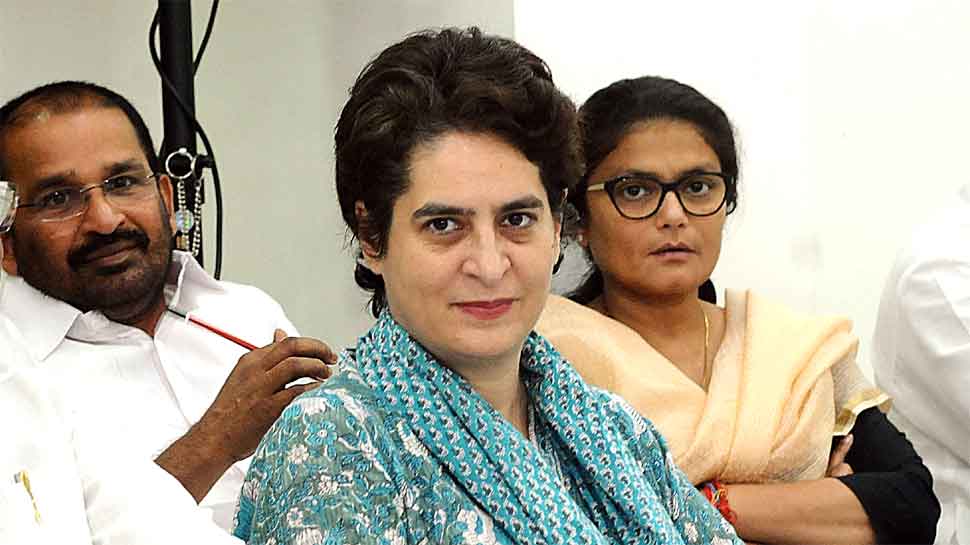 New Delhi: Congress general secretary Priyanka Gandhi Vadra has asked all the office bearers of AICC and state units to focus on real issues that concern public and get their support on the cause as the party is preparing for a massive rally in the capital on November 30.

A source present in the meeting said without taking the name of Ayodhya Verdict, she said, "the recent verdict has not been able to get attention of the public despite BJP`s effort, so the Congress should focus on the real issues that concern common man".

The Congress met on Saturday to prepare for the rally which is likely to be attended by all the opposition leaders. The rally will largely focus on economic slowdown and rising unemployment.

Accusing the Narendra Modi-led government of leading the country towards starvation, the Congress said that it will hold a mega rally in Delhi`s Ramlila Maidan on November 30 against the `anti-people policies` of the government.

Speaking to reporters after a meeting of the general secretaries, in-charges, secretaries, frontal organisation chiefs and the state unit chiefs, party General Secretary K.C. Venugopal said, "We have decided to hold a mega rally against the anti-people policies of the government to highlight the people-oriented issues against the central government."

Slamming the government over the issues of economic slowdown, agrarian distress, unemployment, Venugopal said, "We also discussed the leakage of NSSO report, food items and everything, it is very shocking."

"There is a perception that this government is leading the country to a starvation like situation due to its bad policies," the Congress leader said.

He asserted that the entire country was agitated and that is why the Congress` protests were a success across the country as people`s sentiments are with the party now.