On November 8, the MHA had decided to withdraw the SPG cover given to the Gandhi family and give them 'Z Plus' security provided by the Central Reserve Police Force (CRPF). 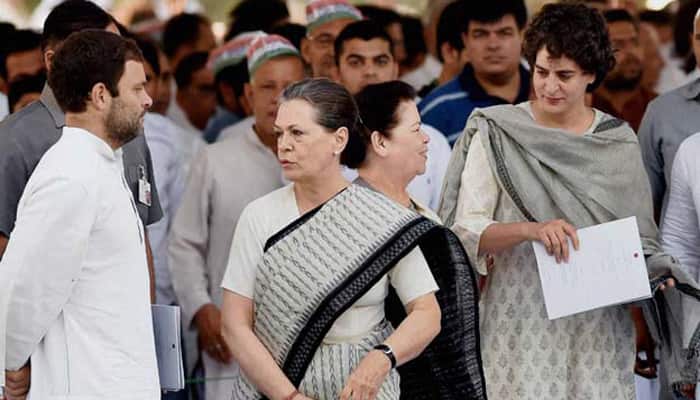 Congress general secretary Priyanka Gandhi Vadra on Thursday (November 21) took a dig at the Centre for removing Special Protection Group (SPG) cover of the members of Gandhi family, including Congress interim president Sonia Gandhi, Wayanad MP Rahul Gandhi and herself and said that the decision was “part of politics” and something that “keeps happening”.

This is the first time that someone from Gandhi family has spoken on the Ministry of Home Affairs' decision to change the security template of the Gandhi family members. On November 8, the MHA had decided to withdraw the SPG cover given to the Gandhi family and give them 'Z Plus' security provided by the Central Reserve Police Force (CRPF). The decision was taken at a high-level meeting of the MHA after threat assessment to Gandhi family was done from different agencies. According to the intelligence bureau, there is no direct threat to the Gandhi family.

The MHA had said that the review of security cover to political leaders is a periodical and professional exercise and it is done on the basis of threat perception that is based on an assessment undertaken by security agencies.

On Wednesday (November 20), the Congress had launched a sharp attack at the BJP-led government at the Centre in parliament over this issue. Raising the issue in Rajya Sabha, Congress MP Anand Sharma said that state is duty-bound to protect its leaders and their safety has to be “beyond party and political considerations”. The Congress’s pitch was supported by members of the Dravida Munnetra Kazhagam and the Rashtriya Janata Dal, both allies of the Congress.

Sharma urged the Upper House to “review and restore (the SPG cover). That would be in national interest. Otherwise the intention would be questioned today, tomorrow and in the future”.

BJP working president JP Nadda defended the government's move and stressed that there is no political motive behind the move. “The home ministry has a set pattern and there is a protocol. This is not done by a politician. It is done by the home ministry. According to threat perception, security is given and withdrawn,” Nadda had said.