"Citizenship Amendment Act and NRC are against the poor. They will be most affected by it. What will the daily-wage labourers do? Demonstrations should be held peacefully," Priyanka said. 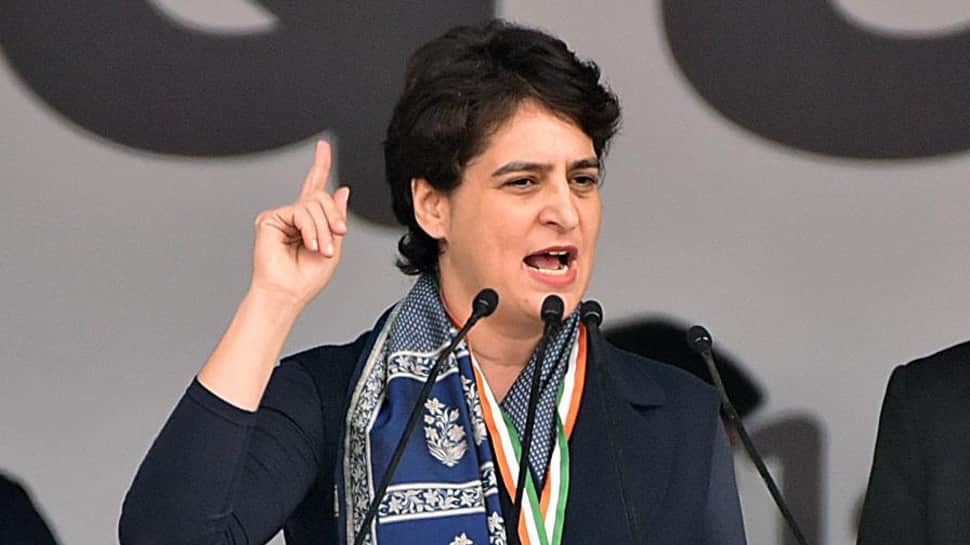 New Delhi: Congress general secretary Priyanka Gandhi Vadra on Friday jointed hundreds of people protesting at the India Gate against the Citizenship Amendment Act and said the legislation and the proposed National Register of Citizens was against the poor. Priyanka Gandhi reached the India Gate in the evening where people were protesting over the CAA.

Talking to reporters briefly, she said the demonstrations against the Act should be peaceful. "Citizenship Amendment Act and NRC are against the poor. They will be most affected by it. What will the daily-wage labourers do? Demonstrations should be held peacefully," she said.

Earlier, her mother and interim Congress chief Sonia Gandhi too condemned the government for the crackdown on anti-CAA protesters.

Sonia said that the NDA government can't suppress voice of people in a democracy. ''In a democracy, the people have right to raise their voice against policies of government and register their concerns. BJP government has shown utter disregard for people’s voices and chosen to use brute force to suppress dissent,'' Sonia Gandhi said in a tweet.

"There have been protests in the universities and academic institutions throughout the country against division agenda and anti-people policies of the BJP government. In a democracy, people have the right to raise their voice against policies of the government and register their concerns," said Gandhi in a video message.

The Congress chief said that the amended Citizenship Act is "discriminatory" and the National Register of Citizens (NRCO) will particularly hurt the poor.

"CAA is discriminatory and proposed nationwide NRC will particularly hurt the poor and vulnerable. Like demonetisation, people will have to stand in line to prove their citizenship along with their ancestors," Sonia said.

Protests have been held in different parts of the country against the Act which grants citizenship to Hindus, Sikhs, Jains, Parsis, Buddhists and Christians fleeing religious persecution from Pakistan, Afghanistan, and Bangladesh and came to India on or before December 31, 2014.