The incident took place even as state Director General of Police DG Sawang was inspecting the vapour leak spot and talking to the management on the measures taken to restore normalcy. 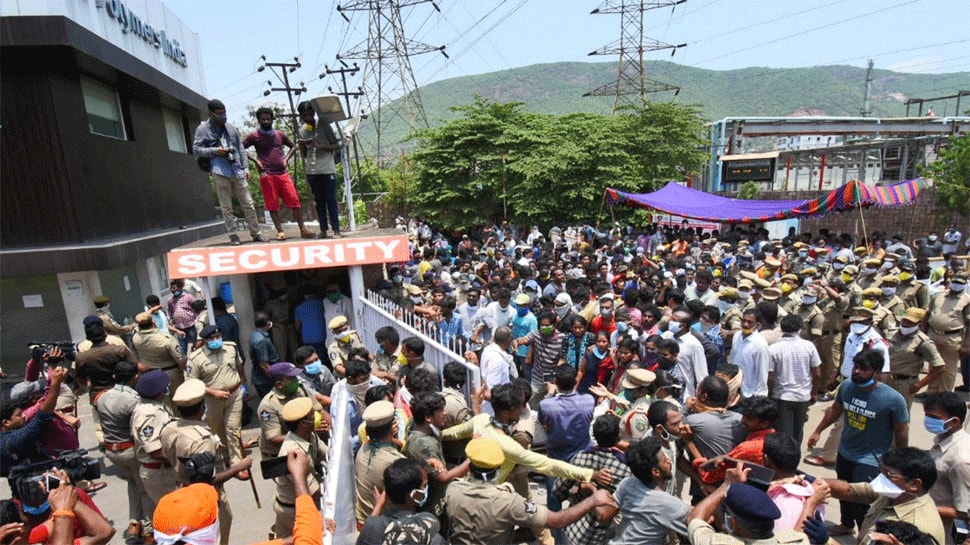 Visakhapatnam: The demand for closure of LG Polymers at RR Venkatapuram village in Andhra Pradesh's Visakhapatnam district became vociferous on Saturday (May 9) after scores of irate villagers assembled in the area demanding immediate closure of the chemical plant. Emotions ran high after villagers placed two bodies of the dead in front of the factory main gate stressing that the plant ruined their lives completely.

Some of the protesting youths barged into the plant as part of the agitation. The incident took place even as state Director General of Police DG Sawang was inspecting the vapour leak spot and talking to the management on the measures taken to restore normalcy.

The bodies were brought to the village for cremation from the KGH mortuary after post-mortem. The angry villagers, however, stopped the ambulances in front of the plant gate and laid the bodies on the road.

On May 7, five persons died while over 1,000 were hospitalised after gas leakage from LG Polymers chemical plant at RR Venkatapuram. Several people were admitted to hospital after they complained of burning sensation in eyes and breathing difficulties. Sources said that police, fire tenders and ambulances reached the spot to control the situation.

Hundreds of villagers, who were provided shelter in Visakhapatnam after the vapour leak, returned to the village this morning, raising slogans against the factory management and demanding its closure.

PTI reported that the police posted near the plant for security duty tried to prevent the villagers from going near the plant but the latter broke the security cordon and staged a sit-in protest near the factory gate. Police initially took some of the protesters into custody and whisked them away but scores of others entered the scene subsequently.

At one point, many of the villagers barged into the plant through a small entrance gate and one woman was seen falling on the DGP's feet and pleading that the unit be closed forthwith.