Shivakumar was arrested on Tuesday after he was interrogated by the Enforcement Directorate over the past several days. His appearance before ED on Tuesday was his fourth. By the end of the day, however, he was arrested in connection with the money laundering case being probed by the investigating agency. 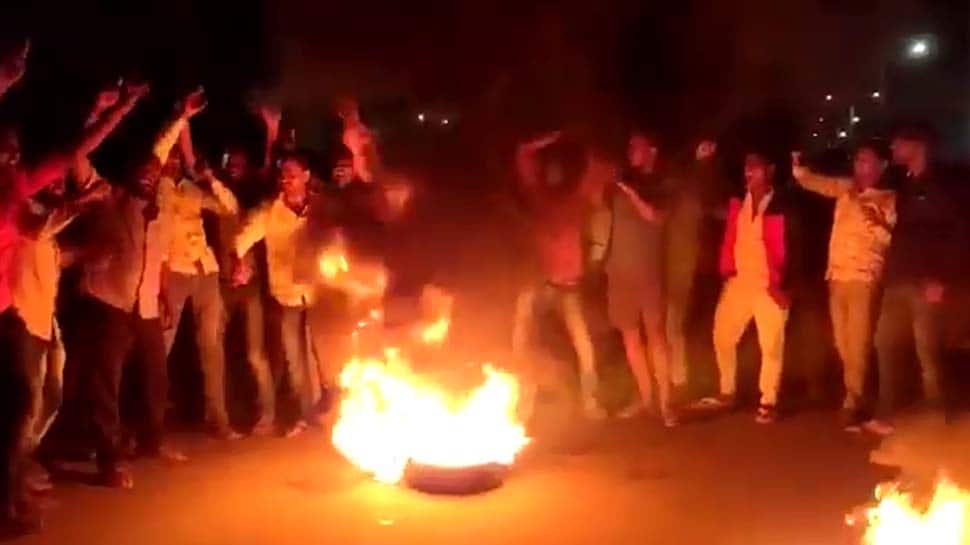 Hours after Congress leader DK Shivakumar was arrested on charges of money laundering, protests against his arrest turned violent in Bengaluru, Karnataka. The Karnataka State Road Transport Corporation (KSRTC) confirmed that stones were pelted on a few buses late on Tuesday. According to sources, KSRTC may take the decision to halt its services on Wednesday in wake of the wide protests. The police security has been tightened across the entire state.

Shivakumar was arrested on Tuesday after being interrogated by the Enforcement Directorate over the past several days. His appearance before ED on Tuesday was his fourth. By the end of the day, however, he was arrested in connection with the money laundering case being probed by the investigating agency. The ED has registered a case of money laundering on the basis of a chargesheet filed by the Income Tax Department.

Shivakumar's properties were also raided by the IT Department in the past even though the veteran leader has said that the case against him is 'politically motivated.' "'There’s no illegal activities that I've done. BJP leaders have said it on record, they're going to harass me," he had told news agency ANI. "I am willing to cooperate with the ED also because I know I am innocent."

In a setback to Shivakumar, the Karnataka High Court on August 29 had declined to stay the summons issued by ED in December of 2018 to him in an alleged money laundering case.

Dismissing the writ petitions of Shivakumar and four others for quashing the summons, Justice Aravind Kumar directed them to appear before the ED and face the inquiry on the alleged hawala transactions in violation of the Prevention of Money Laundering Act (PMLA), 2002.

The other four petitioners are Sachin Narayana, Sunil Kumar Sharma, Anjaneya Hanumanthaiah and Rajendra, who are associates of the high-profile lawmaker from the Kanakapura assembly segment and a trouble-shooter of the Congress.

The alleged money laundering came to light after raids by the tax sleuths on the premises of Shivakumar in Bengaluru, Kanakapura and New Delhi on August 2, 2017, led to the seizure of unaccounted cash worth Rs 8.59 crore and no evidence on its source.