The US President was responding to questions on last week's terrorist attack in Pulwama district of J&K. 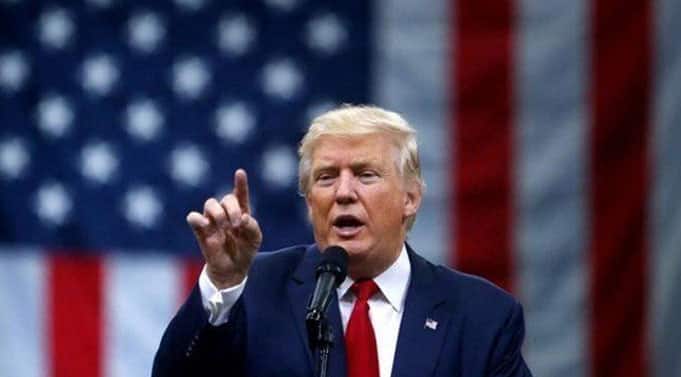 Washington: Describing the current situation between India and Pakistan as "very, very bad", US President Donald Trump on Friday said his administration was in contact with both sides and hoped hostilities would soon end in the Kashmir Valley.

"Right now between Pakistan and India, there is a very, very bad situation. A very dangerous situation. We would like to see it (hostilities) stop. A lot of people were just killed. We want to see it just stop. We are very much involved in that (process)," Trump told reporters at the Oval Office.

The US President was responding to questions on last week's terrorist attack in Pulwama district of Jammu and Kashmir in which 40 Indian security personnel were killed. Pakistan-based terror outfit Jaish-e-Mohammad (JeM) has claimed responsibility for the attack.

"India is looking at something very strong. India just lost almost 50 people in the attack. I can understand that too," Trump said, adding that his administration was talking to authorities in both countries.

"We're talking. A lot of people are. It's going to be a very, very delicate balance. There is a lot of problems between India and Pakistan because of what just happened," he said.

US Pres: India is looking at something very strong. India just lost almost 50 people. A lot of people are talking. But it's a very very delicate balance going on. Right now there's a lot of problem b/w India&Pakistan because of what just happened in Kashmir. It's very dangerous. https://t.co/03PWXSnSlW

"I stopped paying Pakistan the USD 1.3-billion that we used to pay them. In the meantime, we may set up some meetings with Pakistan. Pakistan was taking very strong advantage of the United States under other Presidents. We were paying Pakistan USD 1.3 billion a year. I ended that payment, because they were not helping us in the way they should have," Trump said.

He said the United States' relation with Pakistan has developed in the last few months.