Punjab BJP today accused Congress vice president Rahul Gandhi of turning a blind eye to "rising" number of farmer suicides and alleged atrocities against Dalits under the Amarinder Singh-led government in the state. 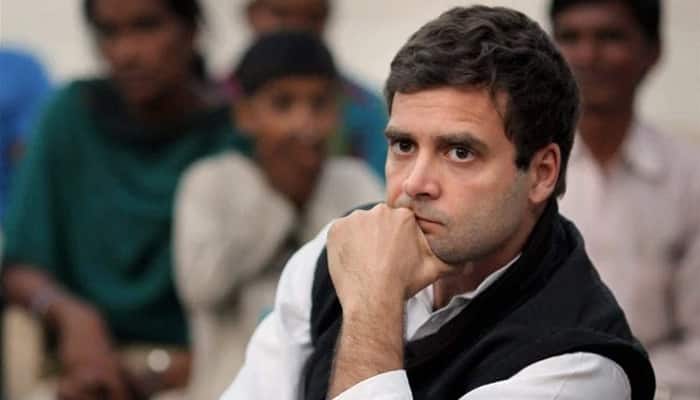 "Rahul Gandhi has turned a blind eye towards the suicide by farmers and large-scale atrocities on Dalits in Punjab," state BJP chief Vijay Sampla said in a release issued here.

He claimed that 73 farmers have committed suicide and dozens of Dalits attacked in nearly three months of Amarinder's tenure as chief minister of Punjab.

Sampla, who is also a Union minister, alleged that Dalits were being "harassed and beaten up mercilessly" in the state.

"Whether you take the case of village Khayali Chahilanwali in Mansa or of village Bagga in Amritsar or Patti in Tarn Taran or Chaksharif in Gurdaspur or village Nathuchak in Tan Taran or village Daudar Sharki near Moga or Kandola village near Nurmahal, every where you will find Punjab police shamelessly turning a blind eye to atrocities by the Congress goondas," he alleged.

The BJP state chief said the Congress was worried about farmers plight in BJP-ruled states but was "tight-lipped" over distressed farmers in Punjab.

"Since the formation of the Congress government in Punjab, 73 farmers have committed suicide and the major reason is the inability of chief minister to fulfill his pre-poll promise of debt waiver.

The farmers, who already were under severe debt, got further depressed, demoralised, dejected and felt cheated, hence leading to spate in farmer suicides," Sampla alleged.

He asked Rahul to visit the families of farmers who committed suicides in the state.