Punjab man jumps inside lions' enclosure, gets mauled to death

The patrolling team later went inside the compound and brought the man out. He was later shifted to a nearby hospital. 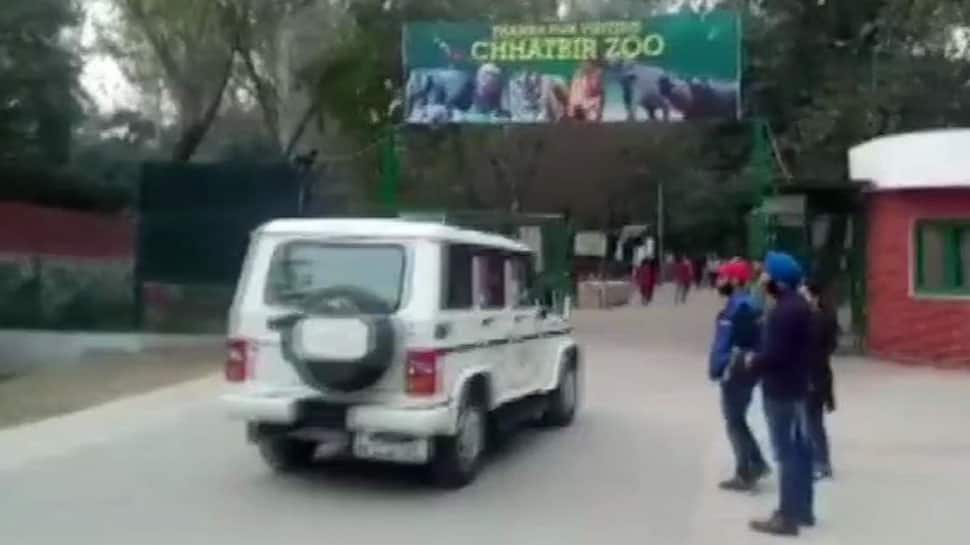 In a shocking incident, a man was mauled to death by lions on Sunday afternoon at a zoo in Mohali District of Punjab, as reported by news agency ANI.

The man was mauled to death inside the Chhatbir Zoo in Zirakpur area in the district, around 20 km from Chandigarh, after he jumped the wall and entered inside the compound of the lions.

"It was an unfortunate incident. Around 2.20 pm, our patrolling team got information that a person jumped the wall and entered inside the compound," Field Director Chhatbir Zoo M Sudhagar said.

"Immediately our guards informed about this to animal management and security management team. Soon they reached the spot and stopped proving the car services. After reaching there, the team saw that the lion was holding the man by his neck," added Sudhagar.

The patrolling team later went inside the compound and brought the man out. He was later shifted to a nearby hospital.

"We immediately took the man to a nearby government hospital after seeing that his condition is really critical. Later he died in the hospital," the official said.

The victim has not yet been identified.