Officials of the Customs Air Intelligence Unit seized juvenile pythons and monitor lizards from the checked-in baggage of two passengers who had arrived at the Chennai airport from Kuala Lampur via Batik Airways Flight 6018. 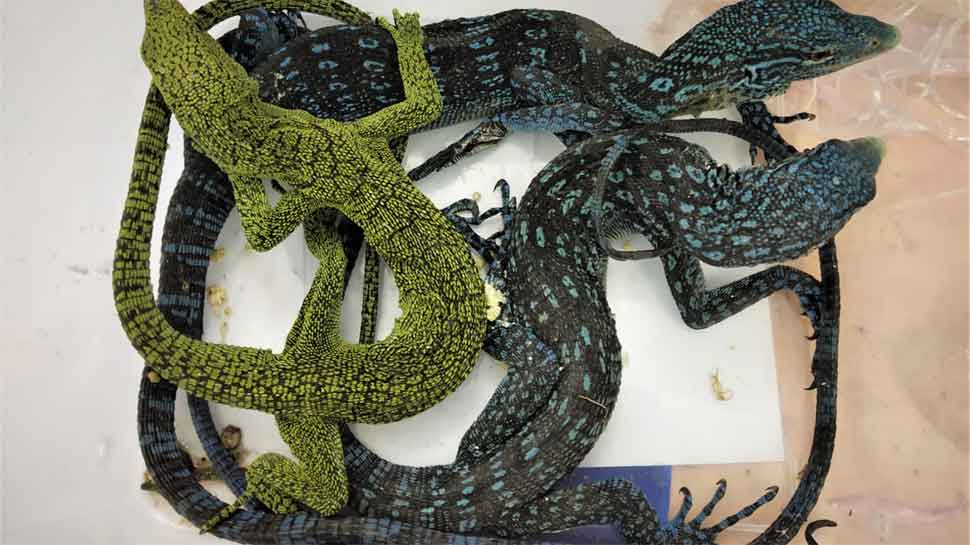 Chennai: Officials of the Customs Air Intelligence Unit seized juvenile pythons and monitor lizards from the checked-in baggage of two passengers who had arrived at the Chennai airport from Kuala Lampur via Batik Airways Flight 6018.

Based on prior information, officials had maintained a special vigil for passengers traveling from Kuala Lampur. Two male passengers were being closely watched as they were walking in a suspicious manner near the arrival area, later the two men started walking hurriedly after collecting their checked-in baggage.

On being intercepted and questioned at the exit, the duo gave evasive replies, after which their baggage was examined. Both of their stroller bags were found to contain a large yellow plastic toy concealed under chocolates, gift items and personal clothing. On opening the toys, few cloth bags tied with rope were found in them, in which some reptiles were concealed. 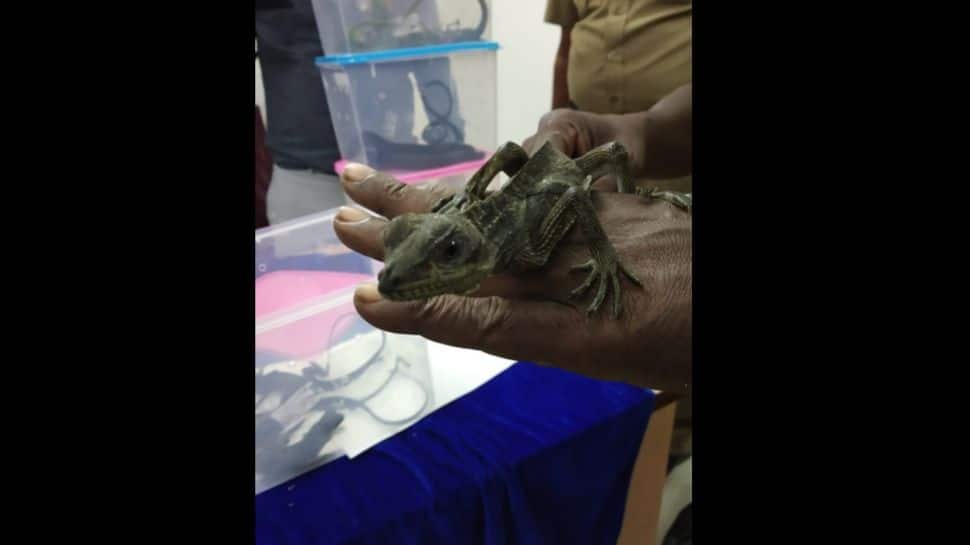 The duo has been identified as Mohammad Parvaez, 36, of Ramanathapuram district and Mohammad Akbar, 28, of Sivaganga district of Tamil Nadu. They told the officials that these bags were given to them by someone outside Kuala Lampur airport with instructions to handover it over to unknown persons who would identify them, outside the Chennai airport. They were taken outside the airport, but no one turned up to receive the bags even after waiting for a considerable time.

Speaking to WION, a Senior Customs official said, “Such endangered species are kept as pets by high profile individuals and the persons who carry them in their luggage are merely couriers who do this for a sum of money. Usually, such reptiles and animals are smuggled in from Bangkok, but now KL has also become an origin point.”

Forest officers of Wild Life division identified the reptiles as- Green Tree Python (Morelia Viridis), Scrub Python (Morelia amethistina ). Both belong to the native species of Australia and not covered under CITES. CITES (Convention on International Trade in Endangered Species of Wild Fauna and Flora) is an international agreement between governments. Its aim is to ensure that international trade in specimens of wild animals and plants does not threaten their survival. 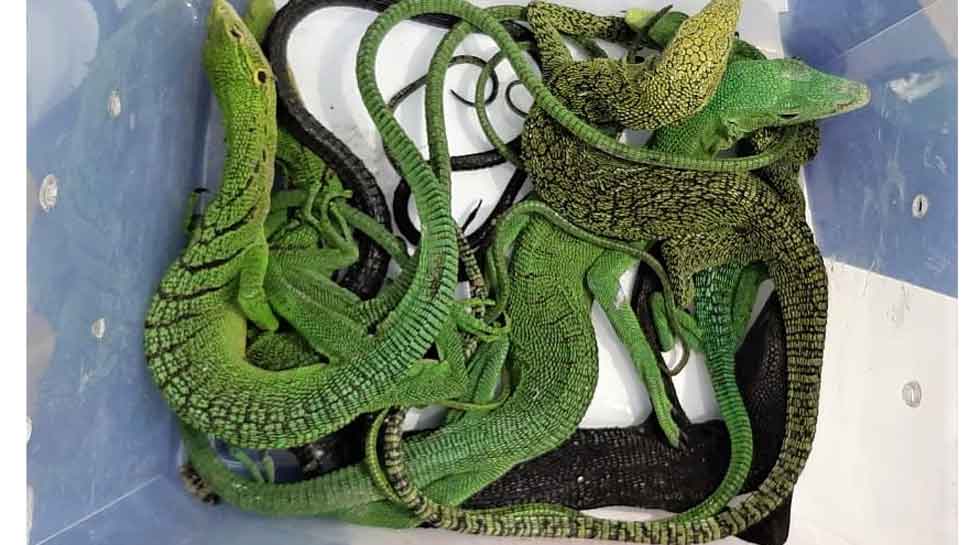 A team of Veterinary doctors from Arignar Anna Zoological Park inspected and found the animals to be in a healthy condition. The Animal Quarantine Officials recommended to deport the wildlife species back to country of origin as the passenger did not have any NOC/ DGFT license for their import into India.

The wild life species were seized under the provisions of Customs Act 1962 read with FT( D&R) Act. Both the passengers were detained. The seized reptiles being exotic species will be sent back to Kuala Lampur.