In the affidavit, the government also asserted that the ceiling of 50 per cent reservation imposed by the Supreme Court cannot be made applicable to all the states. 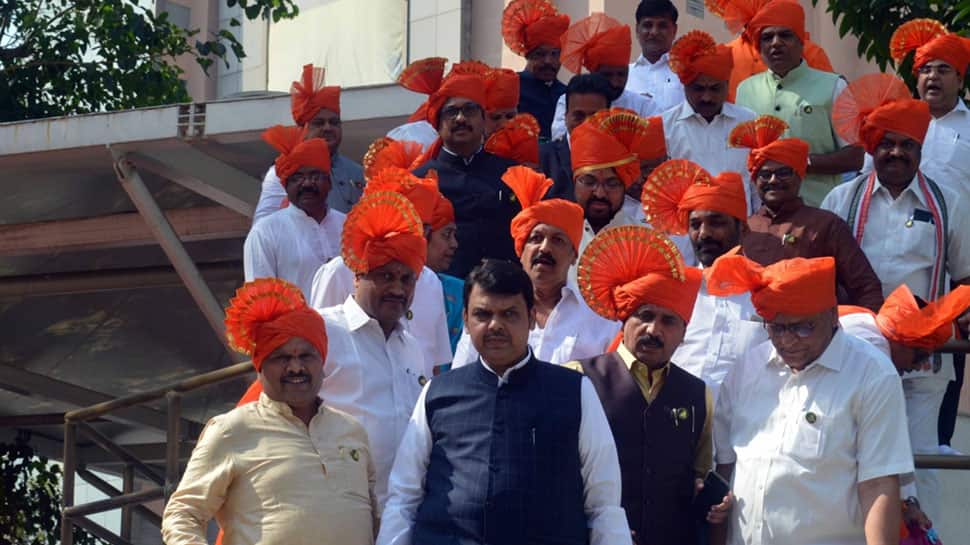 Mumbai: Standing by its decision to grant 16 per cent reservation to the Maratha community in education and government jobs, the Maharashtra government has told the Bombay High Court that it was meant to alleviate the community from its social and economic backwardness.

The government filed its affidavit in the high court on Wednesday in response to a bunch of petitions challenging the reservation granted to the community.

In the affidavit, the government also asserted that the ceiling of 50 per cent reservation imposed by the Supreme Court cannot be made applicable to all the states.

On November 30, 2018, the Maharashtra legislature passed a bill proposing 16 per cent reservation in education and government jobs for the Marathas, declared as socially and educationally backward class by the government.

The affidavit claimed that the creation of Socially and Educationally Backward Class and the inclusion of Maratha community in the said class and provision of 16 per cent reservation for the community cannot be said to be "excessive or disproportionate".

"The state government has passed the impugned Act based on data, surveys, facts and figures, statistics, records, analysis, investigations, research and so on," it said.

The government sought for the petitions to be dismissed at the outset itself. "The said Act providing for reservation only seeks to fulfil the constitutional duty of ensuring adequate representation to a Socially and Educationally Backward Class of citizens in educational institutions and public services, in order to alleviate the community from its social and economic backwardness," the affidavit said.

It added that the Act was enacted following recommendations submitted by the Maharashtra State Commission for Backward Classes. "The commission has taken into consideration each and every aspect of the matter and collected requisite and reliable data concerning the social, educational and economic backwardness of the Maratha community," the state said.

"...The commission has then come to the conclusion that the Maratha community is socially, educationally and economically backward," the affidavit said.

It further claimed that the government was the custodian and regulator of social justice and enacted the Act after recognising the plight of the community.

"Ultimately, it is the responsibility of the government to maintain equality and social justice by giving reservation to the socially and educationally backward class," the affidavit said.

"To balance the inequalities and to achieve the adequacy of representation, extra weightage needs to be given to the backward classes by increasing the limit of 50 per cent," it said.

The government denied the allegations that Chief Minister Devendra Fadnavis enacted the Act to appease the Maratha voters. A division bench headed by Justice Ranjit More will take up the petitions for hearing on January 23.