Earlier, a model of a Sukhoi Su-30 was set up at the same place, but that was replaced by a Rafale fighter jet a few weeks ago, official sources said. 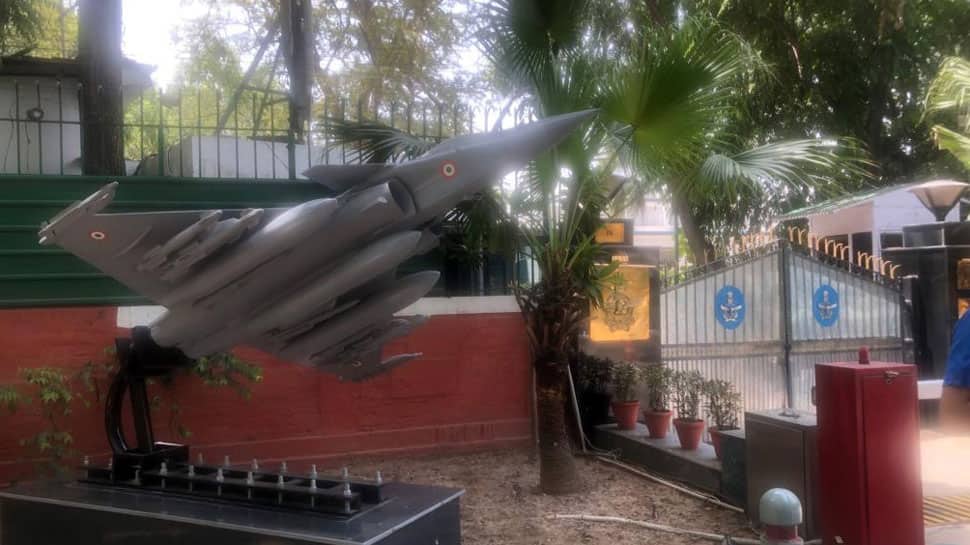 New Delhi: A replica of the Rafale fighter jet has been erected outside Air Chief Marshal BS Dhanoa's official residence which is situated opposite the Congress party's headquarters.

Earlier, a model of a Sukhoi Su-30 was set up at the same place, but that was replaced by a Rafale fighter jet a few weeks ago, official sources said.

The Congress has been alleging massive irregularities in the Rafale deal and has been targeting the government over selection of the Anil Ambani-owned Reliance Defence as an offset partner for Dassault Aviation.

Prime Minister Narendra Modi had announced the procurement of a batch of 36 Rafale jets after talks with the then French President Francois Hollande on April 10, 2015, in Paris. The final deal, worth Rs 56,000 crore, was sealed on September 23, 2016.

The government has rejected the allegations by the Congress and other opposition parties. The first Rafale aircraft is scheduled to be delivered in September.

Weeks after India's Balakot strikes, IAF chief Dhanoa had said India could have achieved better results if the country had Rafale jets.

The first Rafale jet expected to be handed over to the Indian Air Force in September this year.