The BJP leadership has been attacking Rahul Gandhi ever since he accused the Prime Minister of lying about the existence of detention centres in the country. 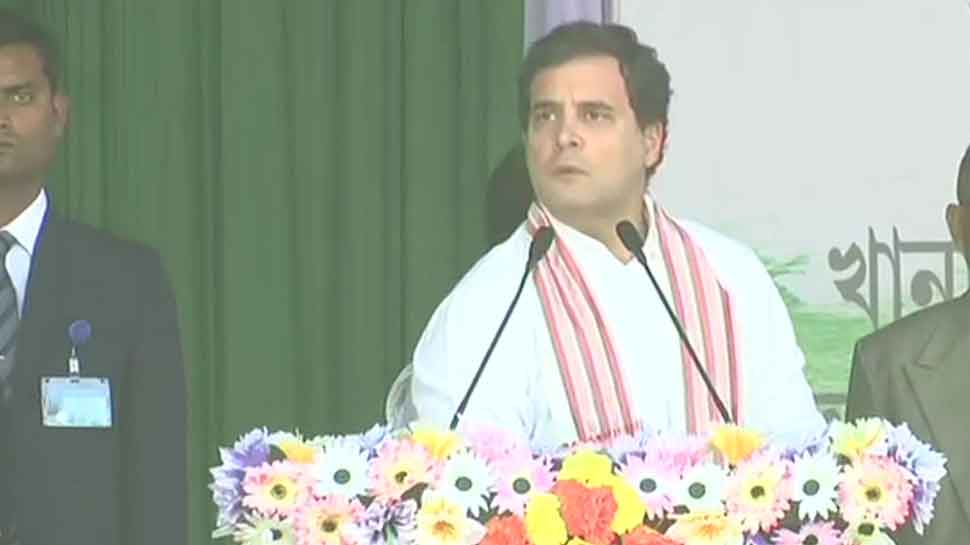 GUWAHATI: Congress leader Rahul Gandhi on Saturday made a blistering attack on the ruling BJP over the Citizenship law and the National Register of Citizens and accused the saffron brigade of spreading hatred wherever it sets its foot across the country. ''Wherever the BJP goes, it spreads hate. In Assam, youth is protesting, in other states, protests are happening as well. Why do you have to shoot and kill them? BJP doesn't want to listen to the voice of people,'' Rahul Gandhi said.

The Gandhi scion made these remarks while addressing a rally in Assam's Guwahati.

While expressing fear that Assam might return to the path of violence due to policies of the BJP governments at the Centre and the state, Rahul said that the spirit of Assam Accord which brought peace to the state, should not be ruined. "I fear Assam is returning to the path of violence because of the BJP's policies," he said, referring to the amended Citizenship Act.

The Congress MP said that the BJP and the RSS will not be allowed to attack the culture, language and identity of Assam and the Northeast.

"Assam can never progress with hatred and violence. Everyone has to come together and tell the BJP leaders that they can't attack the culture, language, identity and history of the state," Gandhi added.

Earlier on Saturday, Rahul Gandhi attacked the ruling party for accusing him of lying about the existence of detention centres for refugees in the country.

The Wayanad Congress MP said that he has posted a video on his Twitter handle with two contradictory claims - one where PM Modi denies the existence of detention centres in the country and second where visuals are available of a detention centre in Assam.

While speaking to reporters, Rahul Gandhi said, "I have tweeted a video where Narendra Modi is saying that there are no detention centres in India, and in the same video there are visuals of a detention centre, so you decide who is lying."

The BJP leadership has been attacking Rahul Gandhi ever since he accused the Prime Minister of lying about the existence of detention centres in the country.

Last week, PM Modi had denied the existence of any detention centre in the country and accused the Congress party of spreading lies and fear among minority communities. His comments came during a massive rally organised at Delhi's Ramleela Maidan.

The passing of the contentious Citizenship Amendment Act in Parliament has triggered massive protests across the country with protesters demanding revocation of the Act. The protesters allege that the citizenship law is communal in nature as it grants citizenship to refugees on the basis of religion.