The Gandhi scion said, ''they can only be defeated by responding with love towards every Indian.'' 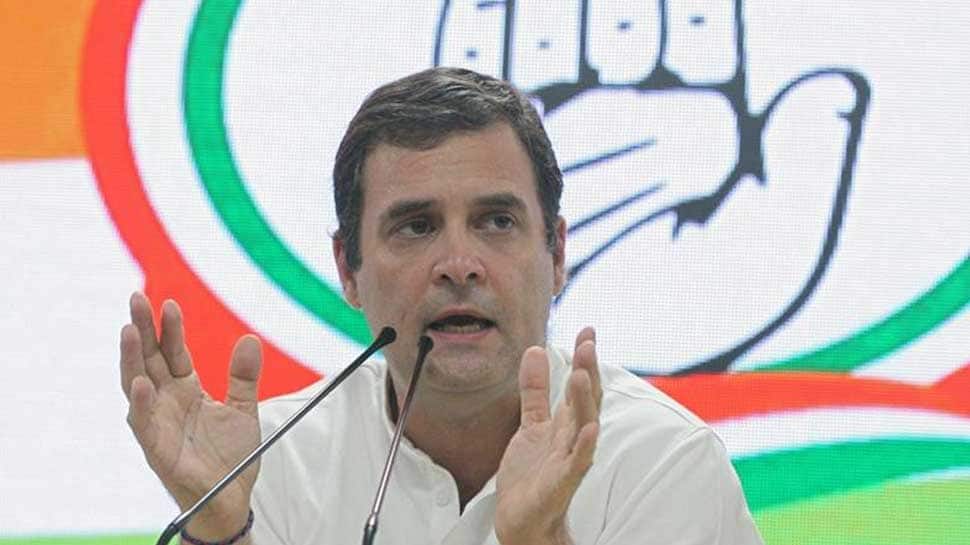 NEW DELHI: Congress Member of Parliament (MP) Rahul Gandhi on Sunday attacked Prime Minister Narendra Modi and Union Home Minister Amit Shah and said that they have “destroyed” the future of the country’s youth and are “hiding behind hate” to escape their anger over lack of jobs and state of economy.

Rahul took to Twitter and tweeted, ''Dear Youth of India, Modi and Shah have destroyed your future.They can’t face your anger over the lack of jobs & damage they’ve done to the economy. That’s why they are dividing our beloved and hiding behind hate.''

The Gandhi scion said, ''they can only be defeated by responding with love towards every Indian.''

Modi & Shah have destroyed your future.They can’t face your anger over the lack of jobs & damage they’ve done to the economy. That’s why they are dividing our beloved India & hiding behind hate.

We can only defeat them by responding with love towards every Indian.

Rahul Gandhi's tweet came shortly after PM Modi hit out at his political rivals, accusing them of trying to spread falsehood over the Citizenship Amendment Act, 2019 and the National Register of Citizens by inciting minorities and poor.

PM Made made these remarks while addressing a mega rally at the Ramlila Maidan. Rahul Gandhi is expected to led ''Satyagrah'' along with his sister and party general secretary Priyanka and senior party leaders at Rajghat on December 23 against the Citizenship Amendment Act and the NRC.

The former Congress chief had faced criticism for travelling abroad while the people and students of the country launched a nationwide agitation over the contentious legislation. Sensing public perception over his absence, he had tweeted a photograph of him in an official delegation to South Korea. On the day of violence and police action in Jamia Millia Islamia, Gandhi tweeted in support of the students.

Rahul's sister and party general secretary, Priyanka has already supported the ongoing anti-CAA protests. She along with senior leaders of the party had staged a two hour-long sit in at Jantar Mantar. On Friday, too, she visited India Gate to show solidarity with the protesters.

Interim Congress chief Sonia Gandhi had targeted the Narendra Modi government over the CAA and NRC. She lashed out at the BJP-led government, accusing it of using brute force to suppress dissent.