This is not the first time that the Congress chief was caught red-handed disrespecting protocols. 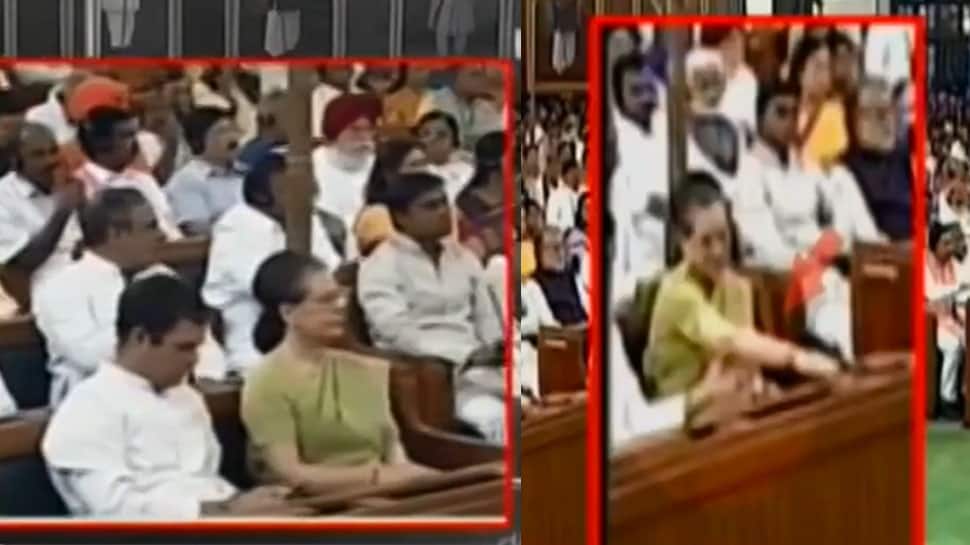 NEW DELHI: In a major embarrassment for the Congress, party president Rahul Gandhi was seen browsing his phone and later stopping his mother Sonia Gandhi from applauding during President Ram Nath Kovind's address to Parliament on Thursday.

Footage from Parliament shows Rahul constantly checking his phone a period of over 15 minutes (between 11 am to 11:20 am) during President's hour-long speech. According to eyewitnesses, United Progressive Alliance Chairperson Sonia was seen subtly nudging Rahul, as if asking him to keep the phone down.

Later, while the President was addressing Parliament over terrorism and India's action against it, the entire floor including Sonia started thumping the table in a gesture of support. The Congress chief not only failed to applaud, but he also stopped his mother from thumping the desk, an action caught on camera. 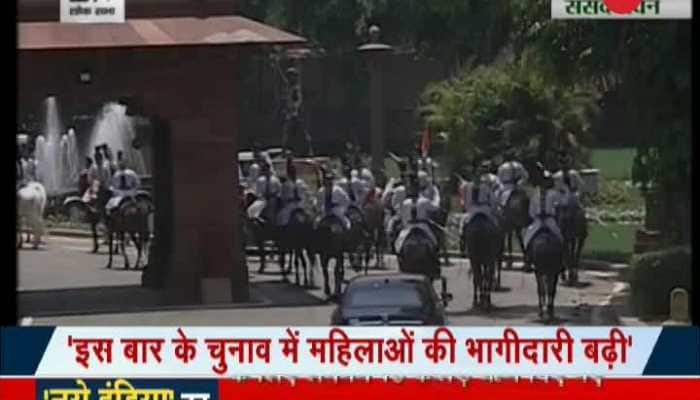 Sonia, however, was the saving grace for Congress, who not only sat attentively throughout the speech but also kept applauding at regular intervals.

Rahul's actions were noticed by many who called him out on Twitter.

Is Mr Rahul Gandhi on his phone while the President of India is addressing the parliament? pic.twitter.com/WVVlxgU56H

“What a shame! @RahulGandhi not only does not applaud when President Kovind spoke of Army Surgical Strike & Air Strike but stops his mother from it too! Hatred for @narendramodi is hatred for valour of our forces? No wonder he questioned strikes & embraces Sandeep Dikshit types,” tweeted rebel Congress leader Shehzad Poonawalla.

This is not the first time that the Congress president was caught red-handed disrespecting the protocols. In February this year, Rahul was heavily criticised for looking at his phone while the wreath-laying ceremony for CRPF jawans killed in the Pulwama terror attack was underway.

The event was attended by Prime Minister Narendra Modi, several Union Ministers, leaders from the opposition parties and three Chiefs of forces.

After laying the wreath, Gandhi was standing behind the caskets with Army Chief General Bipin Rawat on left and Union Minister Rajyavardhan Singh Rathore on right. While everyone stood in silence to pay respect to the martyrs, the Congress chief took out his mobile phone from his pocket and started checking it.

Meanwhile, as speculation continues on his next steps following resignation as party chief, Rahul Gandhi Thursday said his party will decide on who his successor will be. "I am not the one who will appoint the party president," Gandhi told reporters when asked on who would be his successor after he resigned.

In an hour-long address, President Ram Nath Kovind Thursday laid the roadmap of Narendra Modi government for its second term, stating that empowering every person is the main goal for a 'New India' by 2022. He added that the government is moving ahead to create a strong, secure and inclusive India.