A video tweeted by news agency ANI shows the man suddenly coming up to Rahul Gandhi, who is sitting on the front seat of his car, and hugging him and planting a kiss on the Congress MP's cheek. 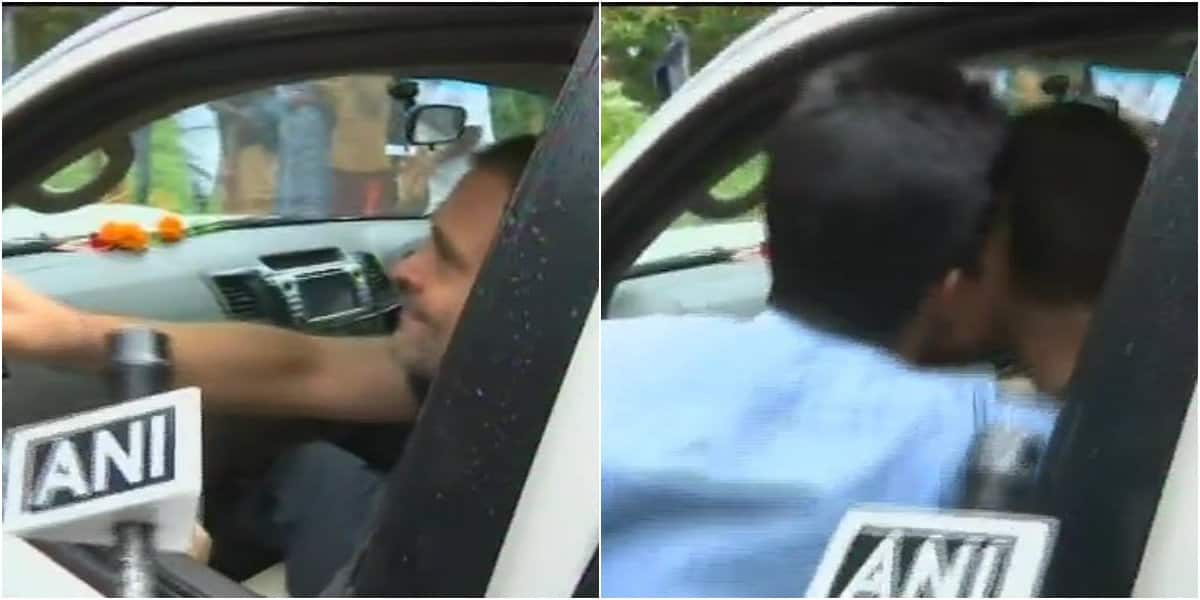 New Delhi: Congress leader Rahul Gandhi was kissed by a man on his cheek during his visit to Wayanad, his parliamentary constituency in Kerala.

A video tweeted by news agency ANI shows the man suddenly coming up to Rahul, who is sitting on the front seat of his car, and hugging him and planting a kiss on the Congress MP's cheek.

#WATCH A man kisses Congress MP Rahul Gandhi during his visit to Wayanad in Kerala. pic.twitter.com/9WQxWQrjV8

The man was soon pulled away while a smiling Rahul shook hands with people surrounding his car.

In a similar incident, Rahul was kissed by a woman in Gujarat on Valentine's Day in February 2019, while campaigning for the Lok Sabha polls.

Meanwhile, Rahul arrived in Wayanad on Tuesday to review the ongoing flood rehabilitation work in his constituency.

"I'm in my parliamentary constituency, Wayanad, for the next few days, visiting flood relief camps and reviewing rehabilitation work in the area. Much has been accomplished, but there's so much more that still needs to be done," he earlier tweeted.

Rahul is slated to return to Delhi on August 30

Centre committed to work for the development of Jammu and Kashmir: Prakash Javadekar