Rahul Gandhi or not, CWC must find a new President, shed sycophancy

Lack of leadership in the party is its biggest vulnerability and the public can see right through it. Nobody likes to bet on a losing horse. 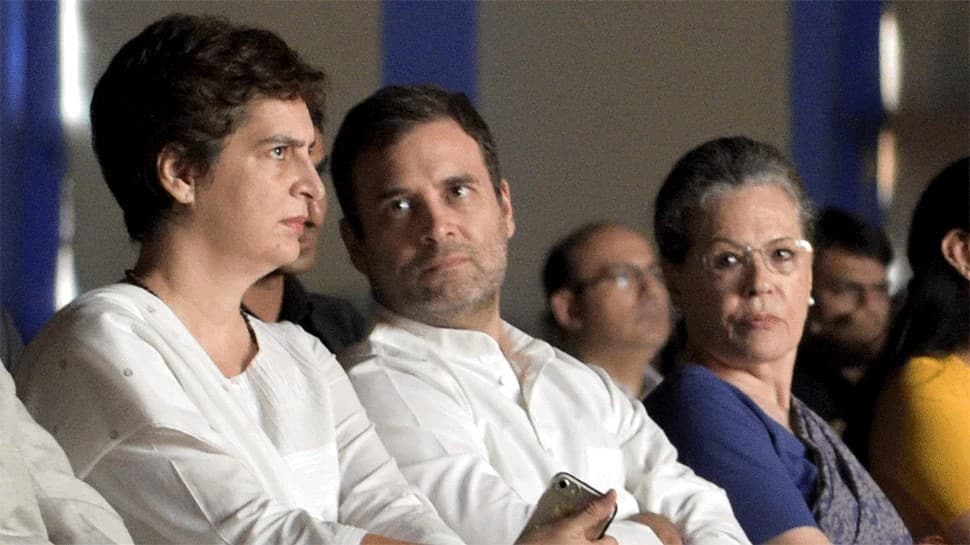 New Delhi: Regimes change, empires fall, civilisations end and those in Congress who believe the grand old party will live forever must come down from the la-la land. As the seniors of the party have rightly pointed out and what even the lowest rung workers know, Congress needs immediate course correction including sweeping structural changes that are long overdue if it wants to survive the BJP onslaught.

Today’s CWC meet which was called after a desperate demand by a section of the anxious party members – part of the famous G23 – could have been a major opportunity to set things right. However, as it turned out quite predictably, nothing came out of it except just another assurance of holding elections and that too as late as September 2022. By then, polls in Punjab, Uttarakhand, Goa, Manipur and Uttar Pradesh (not that it has a major role here) will be done, in which the lack of leadership could cost the party dearly.

In an emphatic statement, the party’s interim chief Sonia Gandhi said she is the full-time, hands-on President. However, when the tussle between Amarinder Singh and Navjot Sidhu was at its height or when Kanhaiya Kumar and Jignesh Mevani were being inducted or when anything significant happens in the party, Rahul Gandhi is the one making the big decisions. When the Congress delegation tried to reach Lakhimpur Kheri, it was Rahul Gandhi who was flanked by two sitting chief ministers on either side. It is no secret that he is the de facto president of the party.

The trouble is he gave up this responsibility (officially) following the 2019 Lok Sabha debacle and has been unwilling to take it back despite repeated cajoling by party members.

Now, if Rahul Gandhi doesn’t want to own the responsibility, he has no business calling the shots. Power without accountability – what a luxury! Can’t have that in this situation. And party members who are hell bent on forcing the crown upon his head against his wishes should calm down. Your sycophancy is showing!

Congress is being humiliated in nearly all the elections it is contesting, be it Kerala and Assam recently or Delhi and Bihar last year. They have been struggling to hold on to even the states they won. The party fell apart in Karnataka and Madhya Pradesh (the so-called semifinal wins before the 2019 general elections). The murmurs rising from Punjab (Amarinder Vs Sidhu Vs Channi), Rajasthan (Gehlot Vs Pilot) and Chhattisgarh (Baghel Vs TS Singh Deo, is it?) are not comforting for the party either.

The warning bells have been ringing for far too long. How long before the castle crumbles?

In such a scenario, can the G23, which consists of some of the most committed loyalists, be blamed? They probably spoke up only because they had to, as a last resort. How is it wrong to question the lack of leadership which the rivals are joyfully taking advantage of? Should they remain mute spectators even as the party loses state after state? Sadly, leaders like Kapil Sibal are being treated as enemies, what with the disgraceful attack at his residence. All he wanted to know was who is the one leading the party.

The million-dollar question is – If not Rahul Gandhi, then who?

It is a difficult question indeed, given some of the fiercest Congress leaders, who were even being seen as the party’s future, deserted the party. Jyotiraditya Scindia, for example. Jitin Prasada, another one. Even Sachin Pilot came close to quitting the party last year.

The old faithful – those in the G23 gang – seem much more reliable – leaders like Shashi Tharoor, Ghulam Nabi Azad, Manish Tewari, Kapil Sibal and others. But they don’t enjoy a lot of support from their own party members. This is where the baton comes back to Rahul Gandhi who seems to be the undisputed favourite.

The only way out of this puzzle for the party is to do what it has not done since 1998, which it has needlessly been withholding for a long time. Hold elections. And do it now.

Lack of leadership in the party is its biggest vulnerability and the public can see right through it. Nobody likes to bet on a losing horse. The bottom line is that it is for the CWC to sort out the leadership issue if the party is to be saved. If they let the problem linger on for too long, they could possibly lose it all. They could either bring order in the house now or risk a slow, painful death.