The Congress chief released the party's election manifesto in the presence of his mother Sonia Gandhi and former Prime Minister Manmohan Singh. 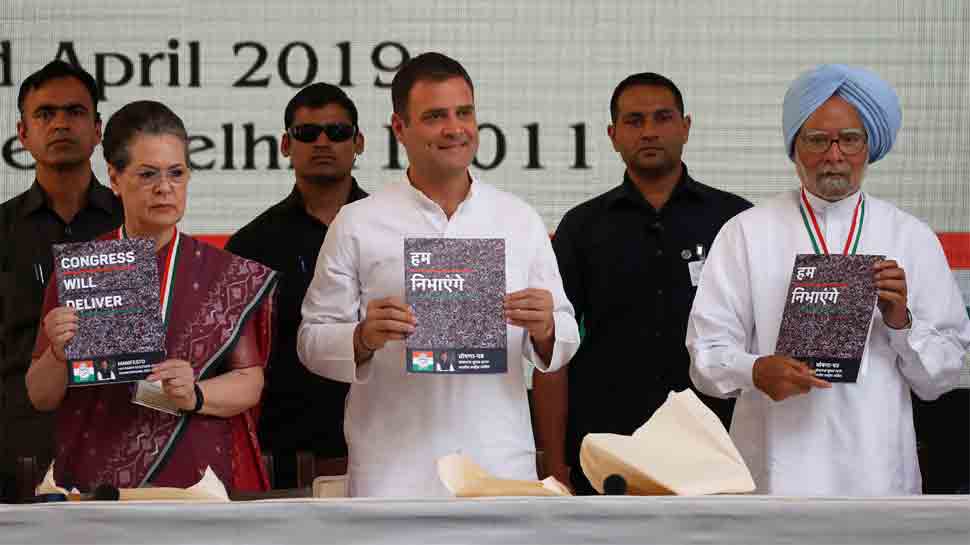 New Delhi: The Congress on Tuesday released its manifesto for the upcoming Lok Sabha elections with its president Rahul Gandhi describing it as the 'Voice of the People' and is not just one man's view.

Rahul was joined by several top leaders of the party including former Prime Minister Manmohan Singh, Sonia Gandhi and P Chidambaram as the party launched its manifesto at the party's Akbar Road headquarters.

Here are the top 15 points from Congress' election manifesto launch: