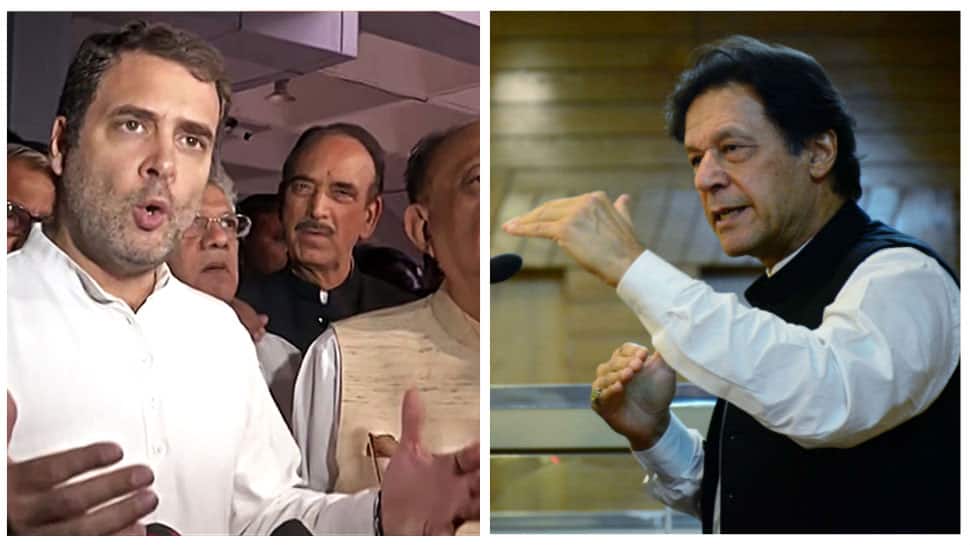 Shireen Mazari, minister for human rights in the Imran Khan-led Pakistan government, on Tuesday shared a letter to multiple UN officials, listing Pakistan's complaints since the abrogation of Article 370 about the situation in Jammu and Kashmir

“These, and other, acts of violence have even been acknowledged by mainstream politicians, such as the Leader of the Congress Party, Mr. Rahul Gandhi who has noted 'people dying' in Jammu & Kashmir, in light of events 'going very wrong there',” quoted Pakistan's statement.

A red-faced Congress soon entered damage control mode and released a statement. “INC has noticed reports citing an alleged petition moved by Pakistani Government to United Nations on Jammu & Kashmir, wherein name of Shri Rahul Gandhi has been mischievously dragged to justify the pack of lies and deliberate misinformation being spread by Pakistan. Let no one in the world be in doubt that Jammu, Kashmir and Ladakh were, are and shall always remain an integral part of India. No amount of diabolical deception by Pakistan shall change this irrevocable truth,” said the party.

Taking to Twitter, Rahul Gandhi wrote, “I disagree with this Govt. on many issues. But, let me make this absolutely clear: Kashmir is India’s internal issue & there is no room for Pakistan or any other foreign country to interfere in it.”

“There is violence in Jammu & Kashmir. There is violence because it is instigated and supported by Pakistan which is known to be the prime supporter of terrorism across the world,” he added.