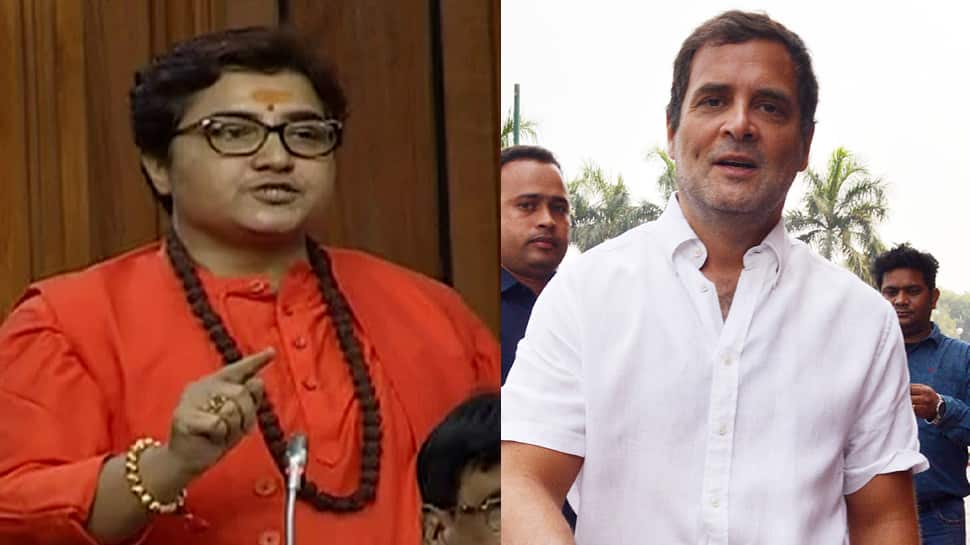 Congress leader Rahul Gandhi on Thursday slammed Bharatiya Janata Party (BJP) MP Sadhvi Pragya Singh Thakur calling her a terrorist over her controversial statement in Lok Sabha on Nathuram Godse, the assassin of Mahatma Gandhi. Her remarks were expunged by the Chair.

The Congress leader had earlier called Thakur the soul of the Rashtriya Swayamsevak Sangh (RSS), adding that she is speaking their heart.

Rahul also stated that he doesn't waste his time on what Thakur says. "She is speaking what lies in the heart of the RSS. She is their soul. I do not waste my time on what Pragya Thakur says," said Rahul. After the Congress Parliamentary Party meeting on Thursday, party interim president Sonia Gandhi too condemned her comments, "Her (Pragya Thakur) comments are shocking. Our party has said everything that needs to be said on the issue."

Facing criticism over her remark, the BJP removed her from Parliamentary Consultative Committee of Defence. BJP Working President JP Nadda said, "Her statement in the parliament is condemnable. BJP never supports such a statement or ideology. We have decided that Pragya Singh Thakur will be removed from the Consultative Committee of Defence, and in this session, she will not be allowed to participate in the parliamentary party meetings."