After leading the party from 1998 and 2017, Sonia Gandhi has once again taken charge as the interim president of Congress. 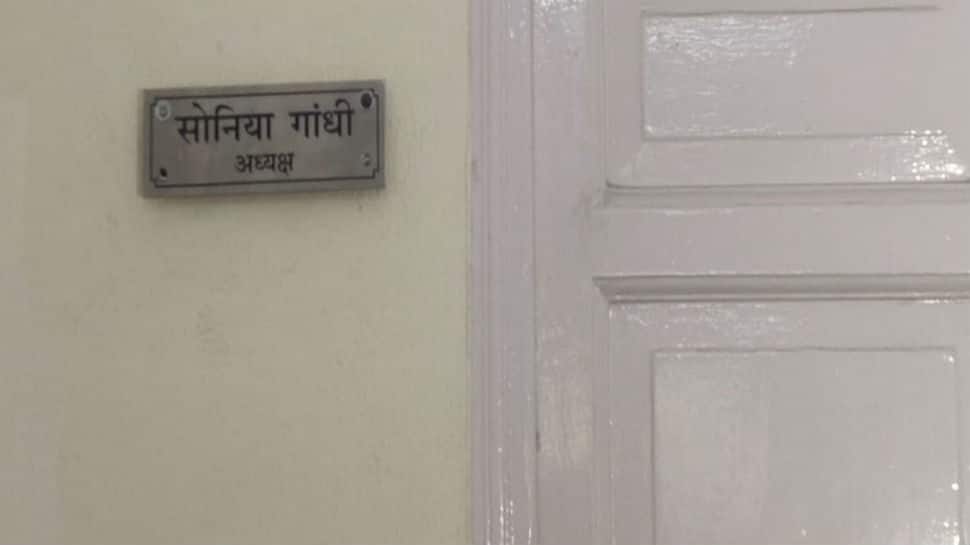 There was a flurry of activity outside and in the premises of Congress headquarter in New Delhi on Wednesday. Days after Sonia Gandhi was named as the interim party president once again, her nameplate was put up here while posters which had Rahul Gandhi's designation as president were removed.

While posters of Rahul were replaced with those of Sonia, it is being reported that while she and Priyanka Gandhi Vadra will have their personal offices at the headquarter, there is no room for the outgoing chief here.

Last week, the Congress Working Committee had unanimously elected Sonia as the interim president of the party. "We have decided to have Sonia Gandhi as the interim president of the party....we will have a full-time president after our internal elections," party leader PL Punia had said at the time. While this invited massive criticism from rival parties who said that Congress cannot look at anyone from outside the Gandhi family to lead it, the party said that CWC members had recommended her name.

At the party headquarter on Wednesday, it was possibly just a short walk to where the old nameplates were kept at. After all, Sonia was the Congress president between 1998 and 2017, before son Rahul took over.

Rahul had announced he will step down as party chief after Congress' shambolic performance in Lok Sabha election 2019. Despite massive efforts and pleadings from within the party for him to reconsider his decision, Rahul had remained firm and even said that someone from outside the Gandhi family ought to be given charge. Instead, critics say Congress' myopic view could only find Sonia as the apt replacement.