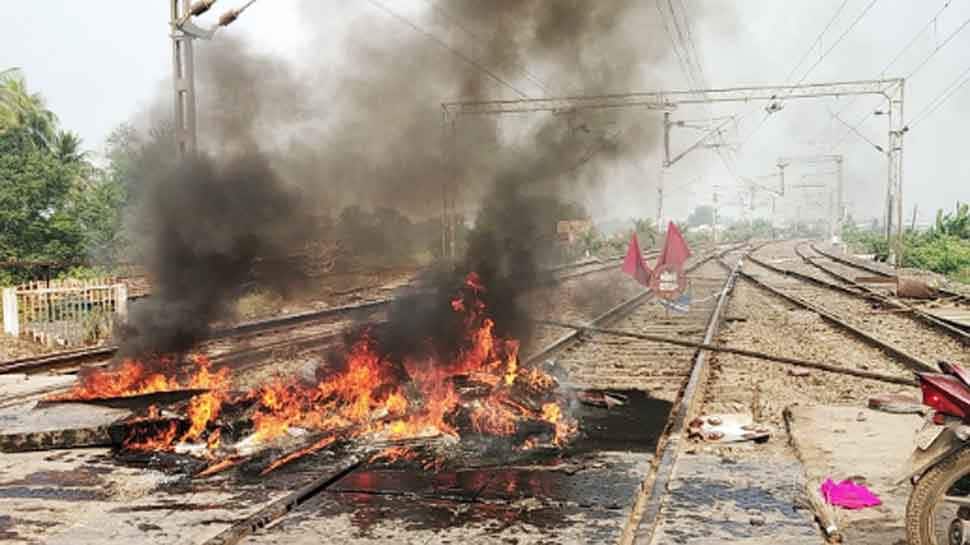 New Delhi: Railway authority of West Bengal on Tuesday reported damage of Rs 15 crores in the south-eastern railway division due to damage created by the agitators protesting against the Citizenship Amendment Act and NRC.

In Howrah's Uluberia railway station hundreds of protestors went inside the platform and pelted stones on trains, they ransacked and vandalised railway properties including bench, stores and LEDs. The protestors did not stop here and also looted four lakh rupees which were kept in the station master’s room. The same group of protestors were also blocked the National Highway.

From the last few days, several trains remained cancelled in West Bengal as protests erupted at several places. Nine trains remained cancelled in the state on Tuesday in the New Farakka–Azimganj section of Malda Division of Eastern Railway and in Northeast Frontier Railway system. Railway services were also put on hold at South 24 Parganas situated Diamond Harbour where the TMC workers initiated 'Rail Roko Andolan' protest to show disagreement towards the Act. Trains were cancelled in the Howrah-Kharagpur railway section of South Eastern Railway.

Prior to this on December 16 a total of 15 trains, including the Howrah Express from Tirupati and Ernakulam, were cancelled, while 10 trains, including the Shalimar Express from Tiruvananthapuram, were partially cancelled following the agitation. The oncoming trains from Puri, Odisha were also cancelled on that day. Other than the railway services the normal traffic also remained affected in the state.

Speaking on the damage being caused to the railway properties, Minister of state Suresh Angadi on Tuesday,  said, "I strictly warn concerned district administration and railway authorities, if anybody destroys public property, including railway, I direct as a Minister, shoot them at sight."