Heavy and persistent rains have caused flooding in Kullu district with many roads here completely submerged under water. 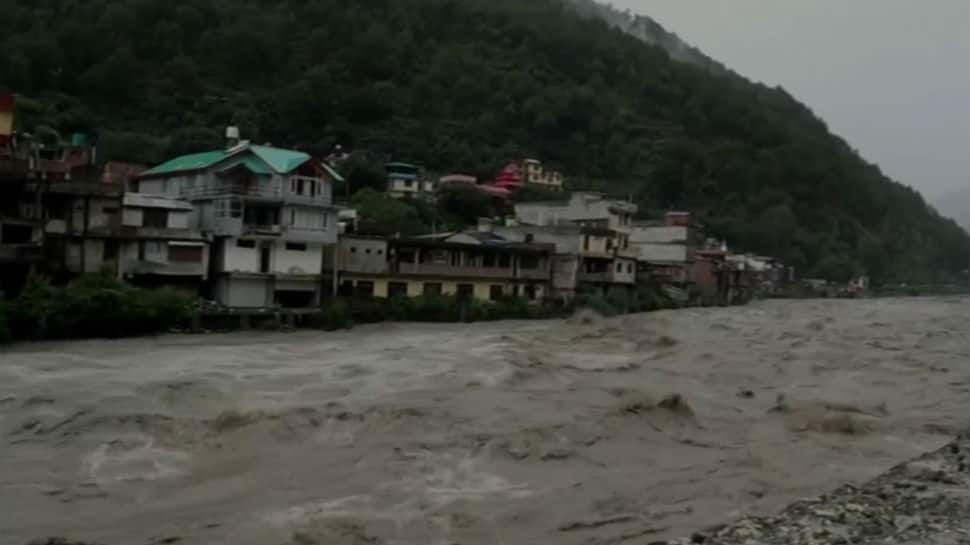 Incessant rain has caused immense destruction in Himachal Pradesh with Kullu district bearing the brunt of it. At least two people have died here in rain-related accidents.

Heavy and persistent rains have caused flooding in Kullu district with many roads here completely submerged under water. News agency ANI reported on Monday morning that National Highway 3 between Manali and Kullu has been partially damaged which has slowed down traffic movement.

Several tourists were also stranded in Kullu's Bakarthach area due to a flooded Beas river on Sunday and had to be rescued by the local administration using ropes.

The situation elsewhere in the state is also every bit as grim.

Six people died on Sunday following a cloudburst in the border area of Uttarkashi and Himachal. Himachal Police and Uttarakhand State Disaster Response Force worked together to recover all six bodies.

The India Meteorological Department said on Sunday evening that the state has received 102.5 mm of rainfall in just 24 hours - the highest ever in a single day. The highest rainfall of 252 mm was recorded in Bilaspur district, which was 2,586 per cent more than its normal level. Schools are shut in Shimla and many other areas here.

CM Jai Ram Thakur has said that 22 people have died across the state in the last two days while the death toll stands at 43 this Monsoon season. He also said that an estimated loss worth Rs 574 crore has been caused by rain and floods.