Coming out in support of the CAA, Raj Thackeray said it has been in existence since 1955 and was intended to give citizenship to persecuted "minorities" in Pakistan, Bangladesh or Afghanistan, but the circumstances have changed since then. 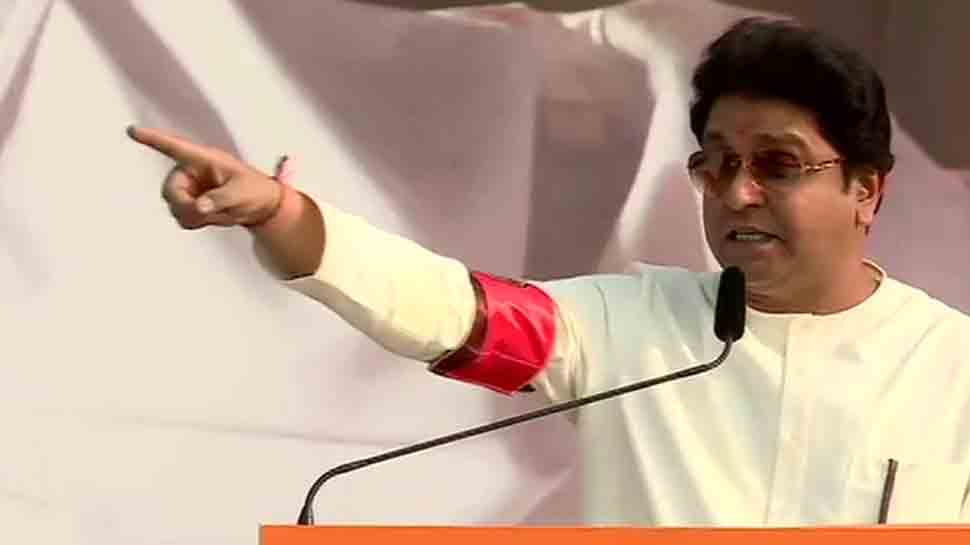 Mumbai: Bouncing back onto the political centre-stage, Maharashtra Navnirman Sena (MNS) President Raj Thackeray on Sunday came out in support of the CAA-NCR-NPR, and warned that his party would strongly counter all those who are opposing these laws.

Leading a massive procession to demand the ouster of illegal migrants from Pakistan and Bangladesh living in India - a figure he pegged at over two crore - Thackeray said: "A thorough clean-up operation is a must."

Coming out in support of the CAA, he said it has been in existence since 1955, and was intended to give citizenship to persecuted "minorities" in Pakistan, Bangladesh or Afghanistan, but the circumstances have changed since then.

"The Muslims are taking out morchas around the country...I don`t see the point. Why do they need to make a show of strength? We have nothing against the Indian Muslims... they are ours. We are only against the illegal Muslim infiltrators from Pakistan-Bangladesh," he said.

"Henceforth, for all morchas against CAA-NRC-NPR, we (MNS) will counter with morchas, retaliate sword by sword and stone by stone. My message through today`s procession is clear to all whom it is intended for," Thackeray declared.

He sought to know what about the unauthorized persons who have entered India and played havoc with the economy, taken away jobs, molested our women, indulged in criminal or terror activities, adding that wherever Marathi Muslims live, there are no riots.

"Is India some kind of a `dharamshala` (inn) where any outsider can walk in and settle down? We have enough of our own problems to tackle. India has not taken the responsibility for `humanitarianism` by giving refuge to all," said Thackeray.

He pointed out that similar operations to weed out infiltrators are underway in European countries, Australia and other nations, but there are no protests there.

Thackeray ruled that it is pointless knocking the doors of the Maharashtra government -- headed by his cousin and Chief Minister Uddhav Thackeray -- and he vowed to take up the issue with the Bharatiya Janata Party-led Centre.

Referring to speculation that the Opposition BJP was instrumental in his procession, Thackeray rejected the charge saying whenever the (BJP) did something good, he showered praises on them, but when it erred, he severely criticised them.

Responding to his call, estimated 150,000-plus activists from across the state, including many Muslims, marched enthusiastically as the Thackeray-led mega-procession against infiltrators left Girgaum Chowpatty to Azad Maidan and culminated into a rally.

He was accompanied by wife Sharmila, son and MNS leader Amit Thackeray, a close relative Shalini Thackeray, top party office-bearers, leaders of affiliated organisations and workers from all over Maharashtra.

Earlier, starting from his Dadar Shivaji Park home, the Thackeray family paid homage at the memorial of his uncle and Shiv Sena founder the late Balasaheb Thackeray, and later performed an `aarti` and took `darshan` of Lord Ganesha at the famed 220-year old Siddhivinayak Temple in Prabhadevi.

The 4-km route from Girgaum Chowpatty to Azad Maidan resembled a sea of the MNS` new saffron-hued flag with the symbol of Chhatrapati Shivaji Maharaj`s Royal Seal, and the marchers donning arm-bands of the party symbol, some sporting matching T-shirts and caps.

Marching peacefully and in an orderly fashion, many raised slogans demanding that the illegal migrants living in the country should be driven away as they are a drain on the country`s economy, resources and jobs, besides posing threats to national security.

At one point, in view of the huge crowds surrounding him, Thackeray was cajoled by a senior officer to hop into a police van as a precaution and dropped him off at the rally venue.

This was the MNS` first public show of strength after it donned a new `avatar` on January 23 with a new flag, symbol, `Hindutva` agenda and right-wing direction as it struggles to create its space in Maharashtra politics, especially after the recently changed state political scenario.

Mumbai Police made elaborate security/traffic arrangements by deploying over 600 personnel, besides specialized forces and other units on standby, and plainclothes personnel mingling with the crowds, to avert any untoward incidents.

Haryana gets 'Gold Award' for timely implementation of citizen-centric services