The four girls, who are students of a private university in Rajasthan's Jaipur, have been also suspended from the university for posting an anti-national message on Whatsapp. 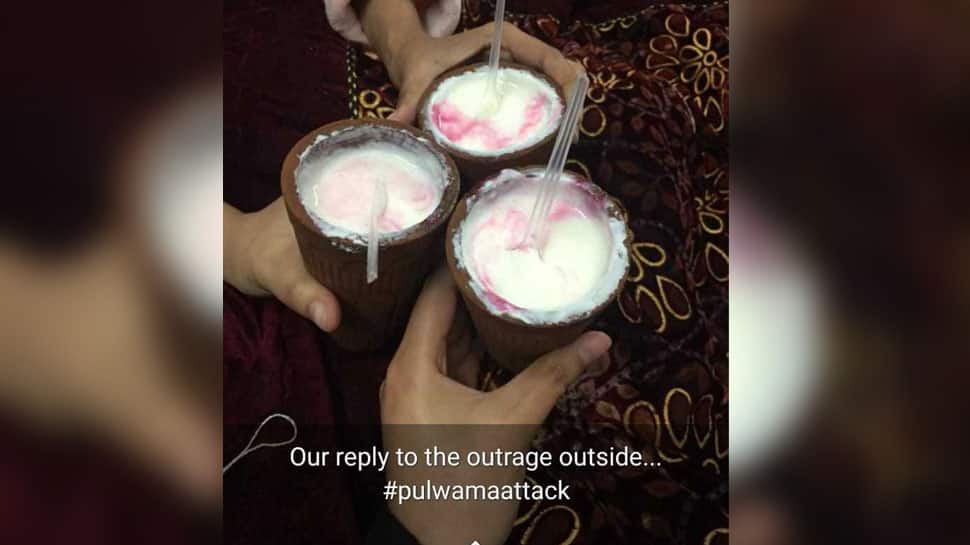 Four Jammu and Kashmir students, studying in Rajasthan, were taken into police custody on Saturday after they shared post celebrating and glorifying the Pulwama terror attack that killed 40 security personnel.

The four girls, who are students of a private university in Rajasthan's Jaipur, have been also suspended from the university for sharing an anti-national message on Whatsapp. They were later handed over to the police.

In a statement of Saturday, NIMS University condemned and said the university will not tolerate such activities. The students were suspended from both the college and also the hostel.

They had expressed happiness on the Pulwama attack, saying that they had taken revenge. One of the students Talveen posted a Whatsapp status saying, "our reply to the outrage outside... #pulwamaattack" along with a picture.

"In respect of the severe terrorist attack on our Security Forces at Pulwama, Jammu & Kashmir State on 14th February 2019. You have posted an antinational message on your WhatsApp for celebrating martyrs of Pulwama terror attack. NIMS University Rajasthan will not tolerate and strictly condemns such activities. Since the above act of theirs is grave and serious in nature, these students are hereby suspended with immediate effect from College & Hostel," according to the statement.

Following the incident, protests took place in the university with protesters shouting slogans against the students with the angry crowd shutting the gates of the university.

The police from the Chandwaji Police Station later arrived at the site of the protest.

In Uttarakhand, another student from Jammu and Kashmir was arrested for making objectionable comments on social media after the Pulwama attack. The student is studying at a private university in Uttarakhand.