This is the second time Asaram has filed a plea for bail. He was convicted in a rape case in March 2018 and was sentenced to life by Jodhpur Scheduled Caste and Scheduled Tribe Court. 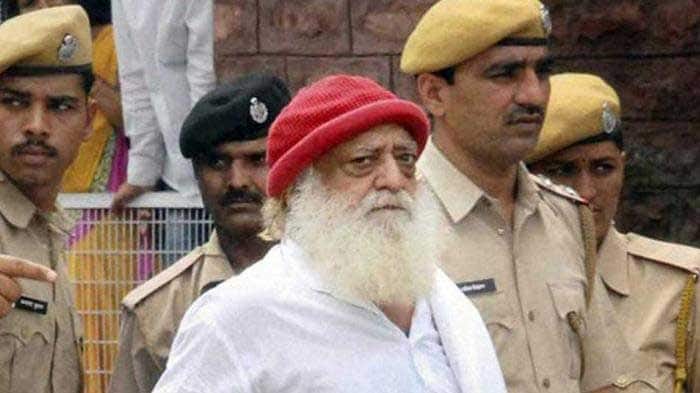 New Delhi: The Rajasthan High Court will on Friday hear the bail plea of jailed self-styled godman Asaram in Jodhpur rape case. This is the second time Asaram has filed a plea for bail. He was convicted in a rape case in March 2018 and was sentenced to life by Jodhpur Scheduled Caste and Scheduled Tribe Court.

A bench constituted by Justice Sandeep Mehta and Justice Vineet Mathur will be hearing Asaram's plea on Friday. He is currently lodged in Jodhpur Central jail.

In August, the high court had adjourned a hearing in the petition moved by Asaram challenging his life due to time constraint.

Earlier in 2019, Asaram had withdrawn the plea for bail and suspension of sentence awarded to him. He had sought an interim bail to attend to visit his ailing wife Laxmi Devi, but the court rejected the plea. A government counsel said that Asaram's wife was fine and provided her medical reports to the court.

Before this, three of his parole pleas have also been turned down.

Asaram was found guilty of various charges, including sections 370(4) (trafficking), 342 (wrongful confinement), 354A (outraging modesty), 376 (rape), 506 (criminal intimidation) and 120 B (criminal conspiracy) of the Indian Penal Code (IPC), and some sections of the Protection of Children from Sexual Offences (POCSO) Act.

Along with Asaram, the court had also sentenced two of his other associates to 20 years jail term each in connection with the 2013 rape case.