The bill proposing tough measures against honour killing is expected to be tabled in the Rajasthan Assembly on Tuesday. 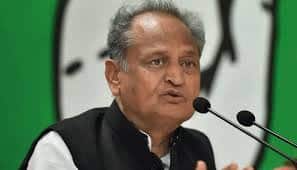 Chief Minister Ashok Gehlot-led Congress government in Rajasthan is slated to table on Tuesday, a bill proposing stringent laws against the menace of honour killing. The bill also proposes steps to curb the powers of khap panchayats, which often issue arbitrary diktats.

The bill proposing tough measures against honour killing is expected to be tabled in the Rajasthan Assembly on Tuesday. The bill may propose imprisonment for a period between six months and five years, along with fine worth Rs 1 lakh.

The bill will further propose laws to curb the power of khap panchayats. Notably, the Supreme Court had last year raised concern over failure to control khap panchayats from issuing illegal diktats. Terming the attacks by khaps and other outfits as "illegal", the top court had questioned why anyone should have a problem with two consenting adults marrying each other.

As per the provisions of the bill, if any member of family or others try to stop a couple from getting married, a case will be registered against them.

In 2018 itself, the Supreme Court had also expressed concern over failure of governments in protecting consenting adults from getting married.