On Sunday, four soldiers were killed, including Captain Kapil Kundu, in firing in Rajouri and Poonch districts. 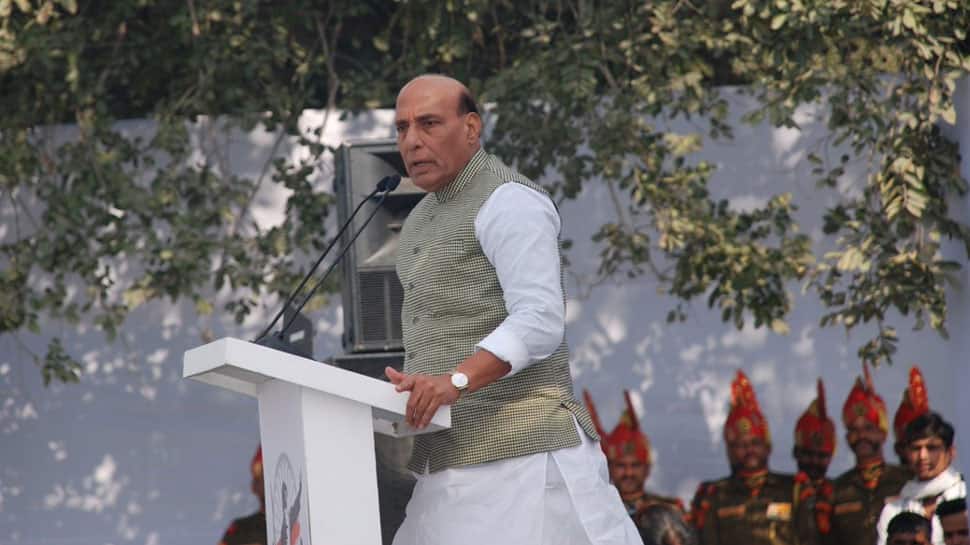 New Delhi: Union Home Minister Rajnath Singh on Monday condemned the cross-border firing by Pakistan in which four Indian soldiers, including a Captain, were killed, saying Army shall 'give a proper reply' to the neighbour.

"Have full faith in the valour of our soldiers, and they shall give a proper reply," Singh told reporters, as per IANS.

"Pakistan has been violating ceasefire along the LoC. And this year the number of ceasefire violations are high," he said.

"Yesterday (Sunday) also, they again violated ceasefire. We will not forgive Pakistan's actions," Ahir added. "The ceasefire violations would prove to be Pakistan's foolishness and will cost them dearly," he said.

On Sunday, four soldiers were killed, including Captain Kapil Kundu and four others were injured in firing in Rajouri and Poonch districts. Kundu would have celebrated his 23rd birthday on February 10, 2018. Hailing from Haryana's Gurugram, he is survived by his mother Sunita.

The others were Riflemen Ramavatar, 27, from Baraka village in Madhya Pradesh's Gwalior, besides Subham Singh, 23, from Kathua and Havilder Roshan Lal, 43, from Samba in Jammu and Kashmir.

Meanwhile, the Army's vice chief said on Monday that India will continue to give a "befitting reply" and its action will speak for itself. The Pakistani Army has been supporting infiltration by terrorists along the border, Army Vice Chief Sarath Chand said.

"We will continue with our process of giving a befitting reply," he told reporters, PTI reported. "(Our) action will speak for itself," Chand added in response to a question on yesterday's incident.