The amount will be granted under the Army Battle Casualties Welfare Fund (ABCWF). 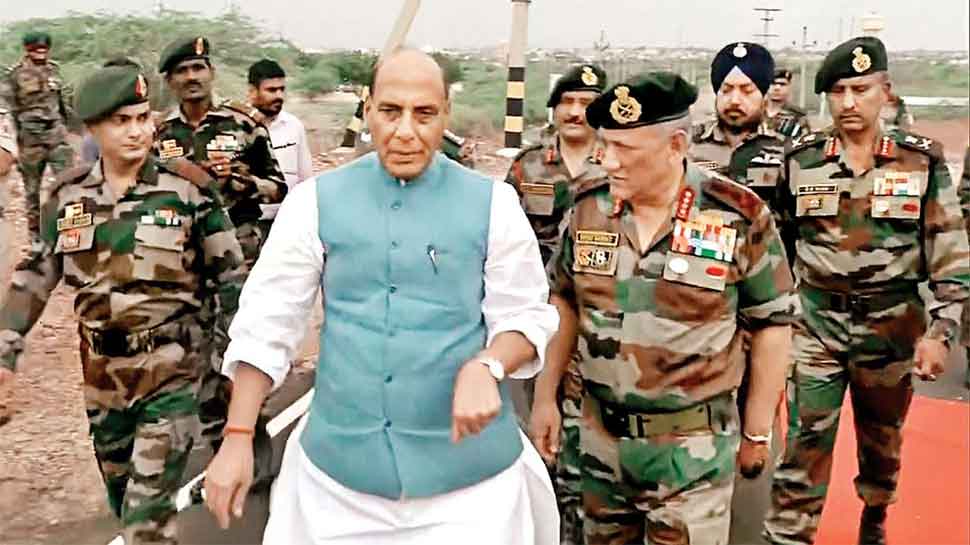 New Delhi: Initiating a major welfare move, Defence Minister Rajnath Singh on Saturday approved monetary assistance for the families and soldiers of all categories of battle casualties from Rs 2 lakh to Rs 8 lakh. The amount will be granted under the Army Battle Casualties Welfare Fund (ABCWF).

The Army Battle Casualties Welfare Fund was set up under the Department of Ex-Servicemen Welfare (ESW) after a large number of people offered to provide monetary assistance to the families of battle casualties following an incident in February 2016 at Siachen where 10 soldiers were buried in an avalanche. It was instituted in July 2017 and was implemented retrospectively with effect from April 2016.

This fund is in addition to the various existing schemes for the welfare of NoK and children of battle casualties in form of additional ex gratia.

Earlier, Rajnath, as home minister in the previous government, had launched 'Bharat Ke Veer fund' to assist families of paramilitary personnel killed or injured in action. The fund became hugely popular within a short span of time and received widespread support from all quarters.