The defence minister asserted that issues relating to Article 370 are an internal matter of India which is aimed at improving growth and economic development, democracy and prosperity for the people of Jammu and Kashmir. 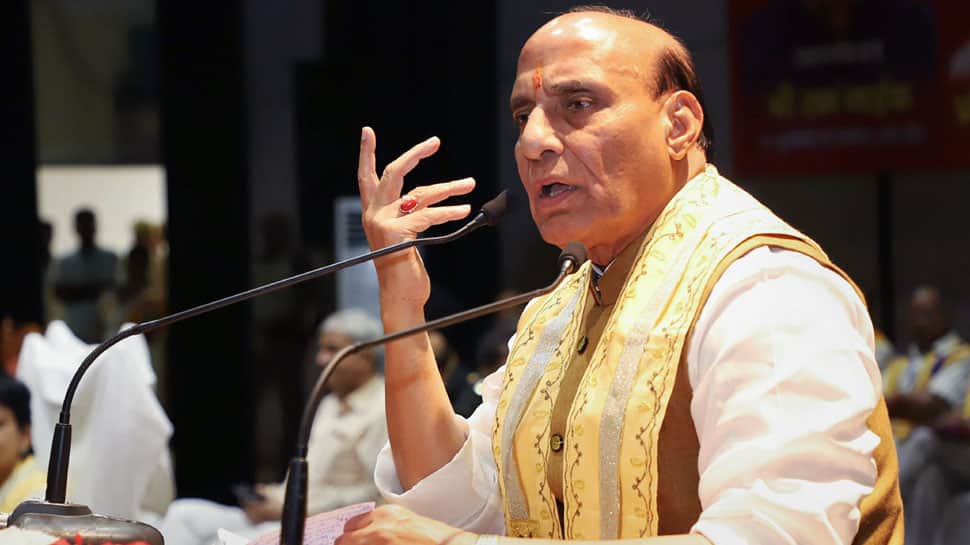 Union Defence Minister Rajnath Singh on Tuesday raised the issue of cross-border terrorism affecting India with US Secretary of Defence Mark Esper over a telephonic conversation. Singh appreciated US' support for India’s effort to maintain peace and stability in the region.

The defence minister asserted that issues relating to Article 370 are an internal matter of India which is aimed at improving growth and economic development, democracy and prosperity for the people of Jammu and Kashmir.

Esper appreciated India’s position that the recent developments in Jammu and Kashmir are an internal matter of the nation. He hoped that any issue between India and Pakistan will be resolved bilaterally. Singh congratulated Esper on his appointment as the US Secretary of Defence.

Both the Ministers expressed happiness at the significant progress in bilateral defence cooperation and reaffirmed their commitment to strengthen and deepen the relations further. They exchanged views on a range of issues related to military-to-military cooperation, defence policy, research and development cooperation, defence trade, technology and industrial cooperation.

The ministers expressed satisfaction on the first tri-service joint exercise planned for later in 2019 and steps taken to operationalize agreements like LEMOA and COMCASA. Both the Ministers said that they look forward to the 2+2 dialogue to take place later in 2019 in the US.

Singh also invited the US companies to invest in the Indian defence manufacturing sector under the Make in India programme.

This comes a day after Prime Minister Narendra Modi and US President Donald Trump had a telephonic conversation for 30 minutes on regional and bilateral issues. Speaking on the regional situation, the Prime Minister on Monday had stated that "extreme rhetoric and incitement to anti-India violence by certain leaders in the region was not conducive to peace". He had also highlighted the importance of creating an environment free from terror and violence and eschewing cross-border terrorism without exception.

These come on the backdrop of Pakistan Prime Minister Imran Khan repeatedly raking up the situation in Jammu and Kashmir after the abrogation of Article 370 by India which led to the scrapping of the special status to the erstwhile state.