Rajnath Singh will visit the Siachen glacier, the world's highest battlefield, to review the security situation along the borders with Pakistan. 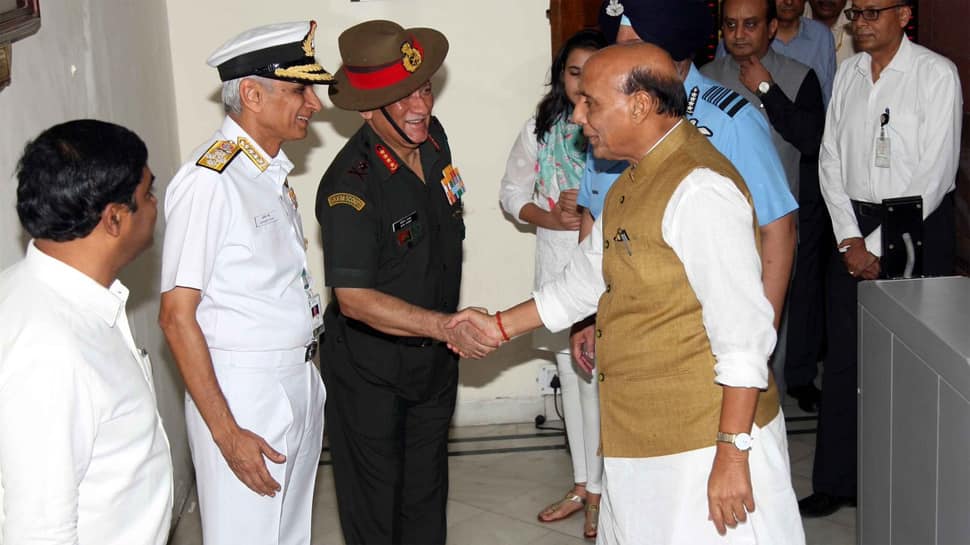 NEW DELHI: Rajnath Singh will on Monday embark on his first visit outside the national capital as Defence Minister to Siachen where he will be accompanied by Army Chief General Bipin Rawat. He will visit the Siachen glacier, the world's highest battlefield, to review the security situation along the borders with Pakistan.

Singh will be accompanied by other senior officials from the Defence Ministry. He is also expected to visit the nearby areas.

During his visit, Singh is likely to be briefed about the operations that are being conducted by the Army, along with the Indian Air Force. Northern Army Commander Lt General Ranbir Singh, 14 Corps Commander, and Kargil war hero Lt General YK Joshi are also expected to brief him about the security situation in the region.

Soon after taking charge as the Defence Minister on Saturday, Singh had asked the chiefs of the Army, Navy and the Air Force to prepare separate presentations on the security challenges facing the country as well as the overall functioning of their forces. He held a meeting with Army Chief General Bipin Rawat, Chief of Air Staff Air Chief Marshal BS Dhanoa and newly-appointed Navy Chief Karambir Singh at the headquarters of the defence ministry in the Raisina Hills.

As the Defence Minister, Singh will face the challenge of strengthening the combat capabilities of the Army, Navy and the Air Force due to changing regional security matrix and geo-political dynamics.