Speaking exclusively to Zee News, the Rajya Sabha MP said that the image of India, worldwide, is that it is duty-bound to providing shelter to the persecuted minorities of its neighbouring countries is according to India's culture. 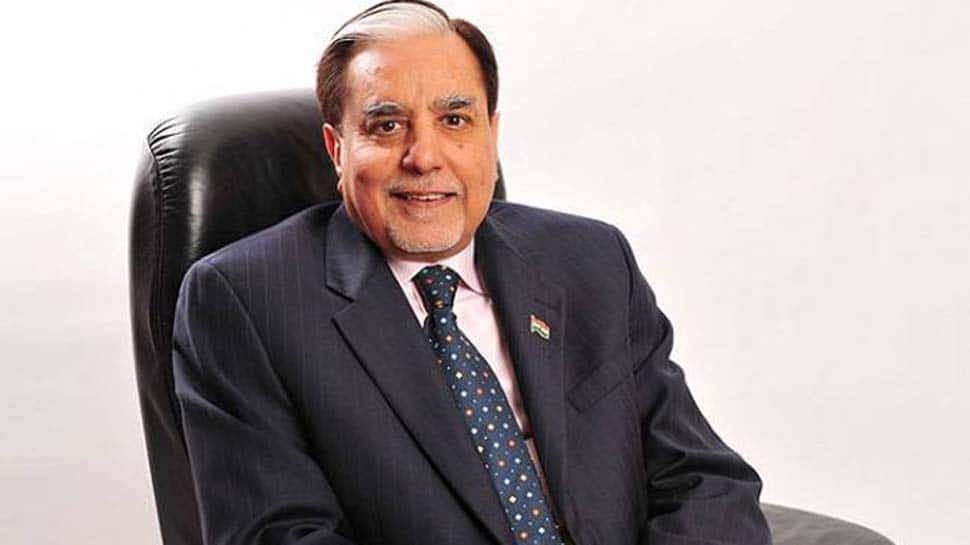 Rajya Sabha MP Dr Subhash Chandra on Tuesday extended his support for the Citizenship Amendment Bill (CAB) 2019 adding that the Bill is in the interest of the country. He also criticised Pakistan Prime Minister Imran Khan's remark on the Bill, asserting that it was aimed at diverting the attention from the condition of the Pakistani people. Speaking exclusively to Zee News, the Rajya Sabha MP said that the image of India, worldwide, is that it is duty-bound to providing shelter to the persecuted minorities of its neighbouring countries is according to India's culture. "It is my personal opinion that this Bill is in the interest of the country. The image of India, all over the world, is that it is the duty of this country to give shelter to the minorities of those countries who have suffered. This is in line with the culture of the country," he said.

Reacting to Pakistan PM's comment on the Bill, he condemned it saying it was meant to create a diversion from the people of Pakistan. He added that this Bill doesn't come under the purview of Pakistan. "The Pakistan PM does this to divert the attention from his people. Pakistan has nothing to do with this. When the country was partitioned, there were 23 per cent minorities in Pakistan, but today they remain in single-digit only. Pakistan either killed or converted them," added Dr Chandra.

The Citizenship (Amendment) Bill, 2019 passed in Lok Sabha on December 9, 2019, seeks to make illegal migrants who are Hindus, Sikhs, Buddhists, Jains, Parsis and Christians from Afghanistan, Bangladesh and Pakistan, eligible for citizenship.  The Bill, however, exempts certain areas in the North-East from this provision.  The Bill also makes amendments to provisions related to OCI cardholders. According to PRS India, a foreigner may register as an OCI under the 1955 Act if they are of Indian origin (e.g., a former citizen of India or their descendants) or the spouse of a person of Indian origin.

The foreigner will then be allowed to enjoy benefits such as the right to travel to India and to work and study in the country.  The Bill amends the Act to allow cancellation of OCI registration if the person has violated any law notified by the central government.

The CAB passed the Lok Sabha test on December 9 after intense debate and arguments from the government and the opposition on the Bill for over six hours. The Bill was passed after midnight with 311 MPs voting in its favour and 80 against. Union Home Minister Amit Shah gave a detailed explanation after the bill was tabled for discussion and said that it is a part of the Bharatiya Janata Party-led National Democratic Alliance manifesto.