Sanjay Sinh joined the BJP in a ceremony where he was welcomed by party's working president JP Nadda. 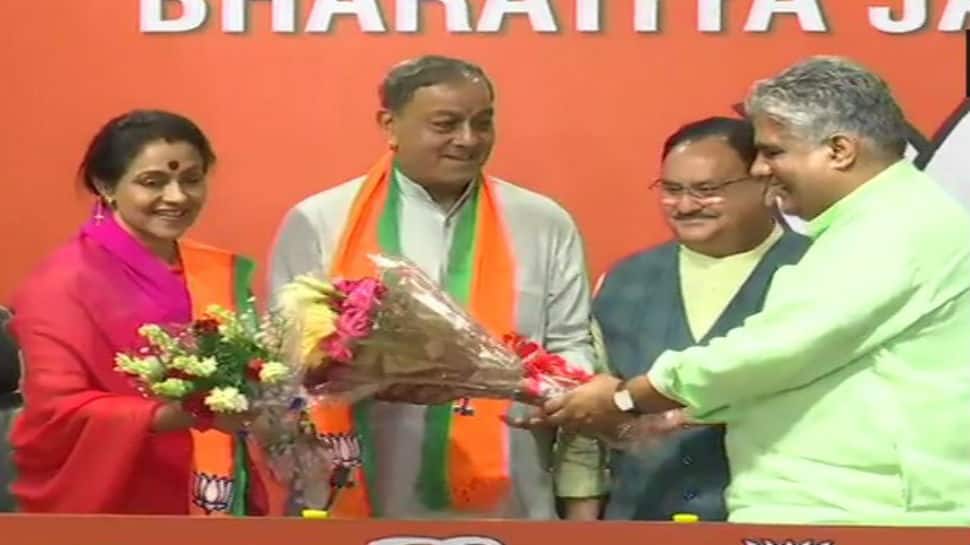 New Delhi: In a massive shot in the arm for the Bharatiya Janata Party, Sanjay Sinh joined the party on Wednesday, just a day after resigning from Congress. He was believed to be a close associate of the Gandhi family and was the Rajya Sabha member from Congress till his resignation from the Upper House on Tuesday.

Sinh joined the BJP in a ceremony where he was welcomed by party's working president JP Nadda. Sinh's wife Amita - former chairperson of India Professional Congress in Uttar Pradesh, also joined the saffron party at the same event.

This is bound to be a massive jolt for Congress as he Sinh belongs to the Amethi royal family and had been associated with the party for several years. At the time of his resignation from Congress, however, Sinh slammed the party and said that it was still in its past and was unaware of the future. "I felt that in today`s India, PM Narendra Modi is leading country with the vision of `sabka saath, sabka vishwas`. He is walking the talk and that`s why the whole country is with him and so am I," he had said.

Sinh is now one of many leaders from opposition parties who have switched allegiances and joined the BJP. A number of leaders from parties like Congress, Trinamool Congress, Samajwadi Party and Telegu Desam Party have crossed over since BJP's massive win in the 2019 Lok Sabha election.