The motion by DMK member Tiruchi Siva to refer the bill to a Select Committee for further examination was defeated with 67 members opposing, and 48 members voting in favour. 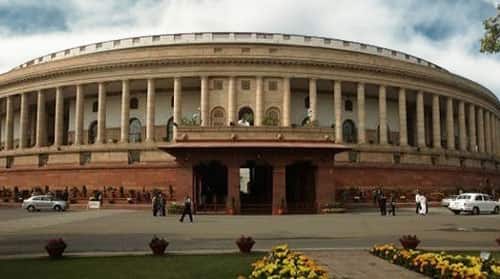 New Delhi: The Rajya Sabha on Tuesday passed the Transgender Persons (Protection of Rights) Bill 2019 that seeks to stop discrimination against the people from transgender community.

The motion by DMK member Tiruchi Siva to refer the bill to a Select Committee for further examination was defeated with 67 members opposing, and 48 members voting in favour.

The bill which defines a transgender person was passed by the voice vote. The bill was passed in the Lok Sabha in the monsoon session of Parliament.

Replying on the bill, Social Justice and Empowerment Minister Thawar Chand Gehlot said that some of the apprehensions raised by the members are unfounded if the related provisions are studied in detail.

As many as 30 members participated in the discussion on the bill. Almost all the members supported the bill but many wanted it to be referred to a House panel.

The Minister said that the bill is comprehensive and does not have any lacuna. Further, some of the suggestions in the interest of the transgender community could be considered while finalising the rules to the bill.

The bill defines a transgender as someone whose gender does not match the gender assigned at birth. As per 2011 census, there are about 4.8 lakh transgender persons but some estimates peg it at 40 lakhs in the country.

A private member Bill was introduced in Rajya Sabha by Tiruchi Siva in 2014 to guarantee rights and provide welfare measures for transgender persons.

Speaking on the bill on Tuesday, TMC MP Derek O`Brien supported the bill but urged the government to refer it to a Select Committee for further examination. He expressed reservations on bill provisions pertaining to rape of a transgender person.

In his reply, the Minister said that the provisions of the bill are for molestation and misbehaviour and not for rape.

"If the House decides to send the bill to Select Committee he does not have objection but if not then I have some suggestions," he said participating in the discussion.

AIADMK Navneet Krishnan suggested to change the name of the bill to Third Gender bill.